Normality is a myth 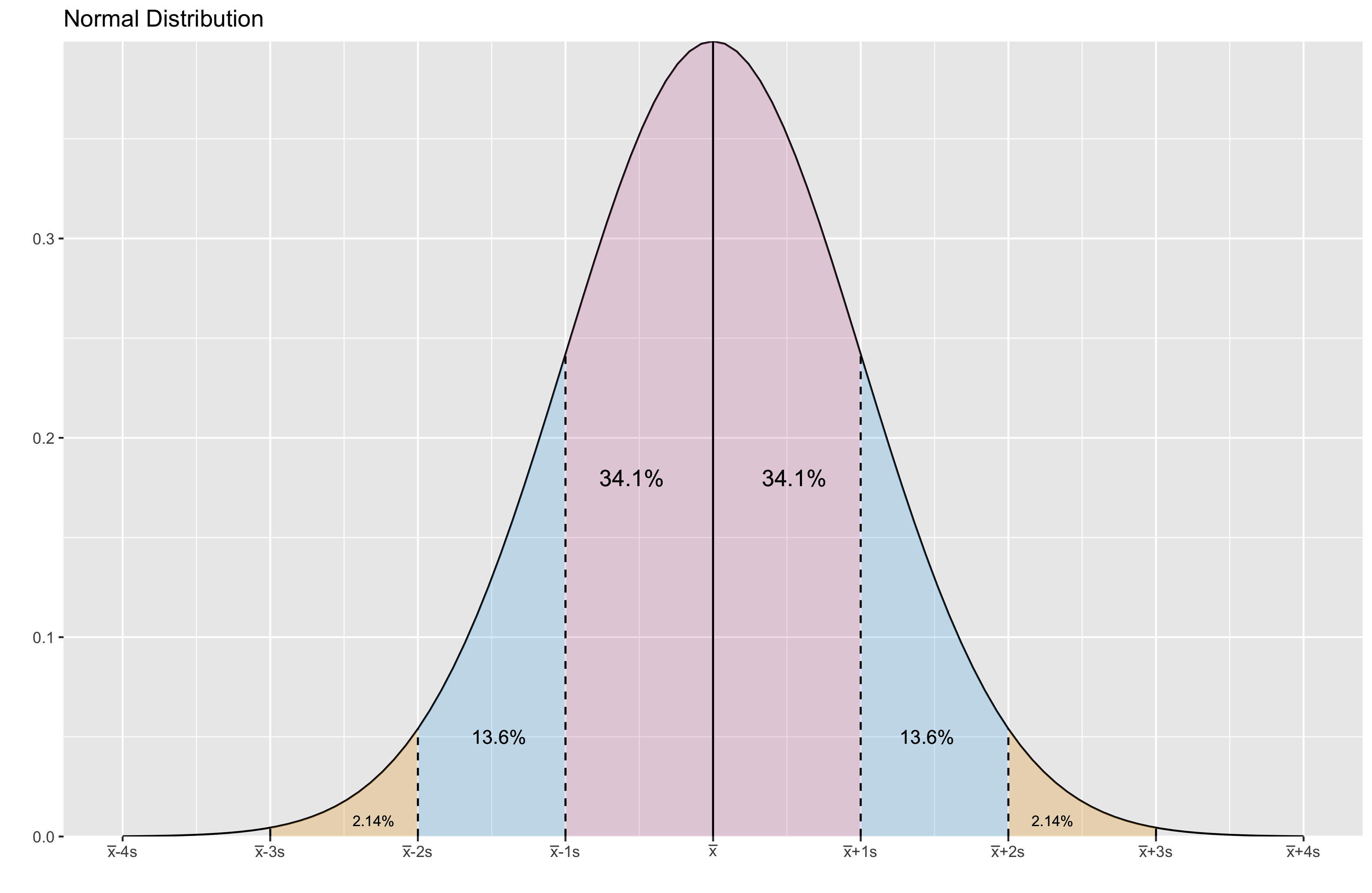 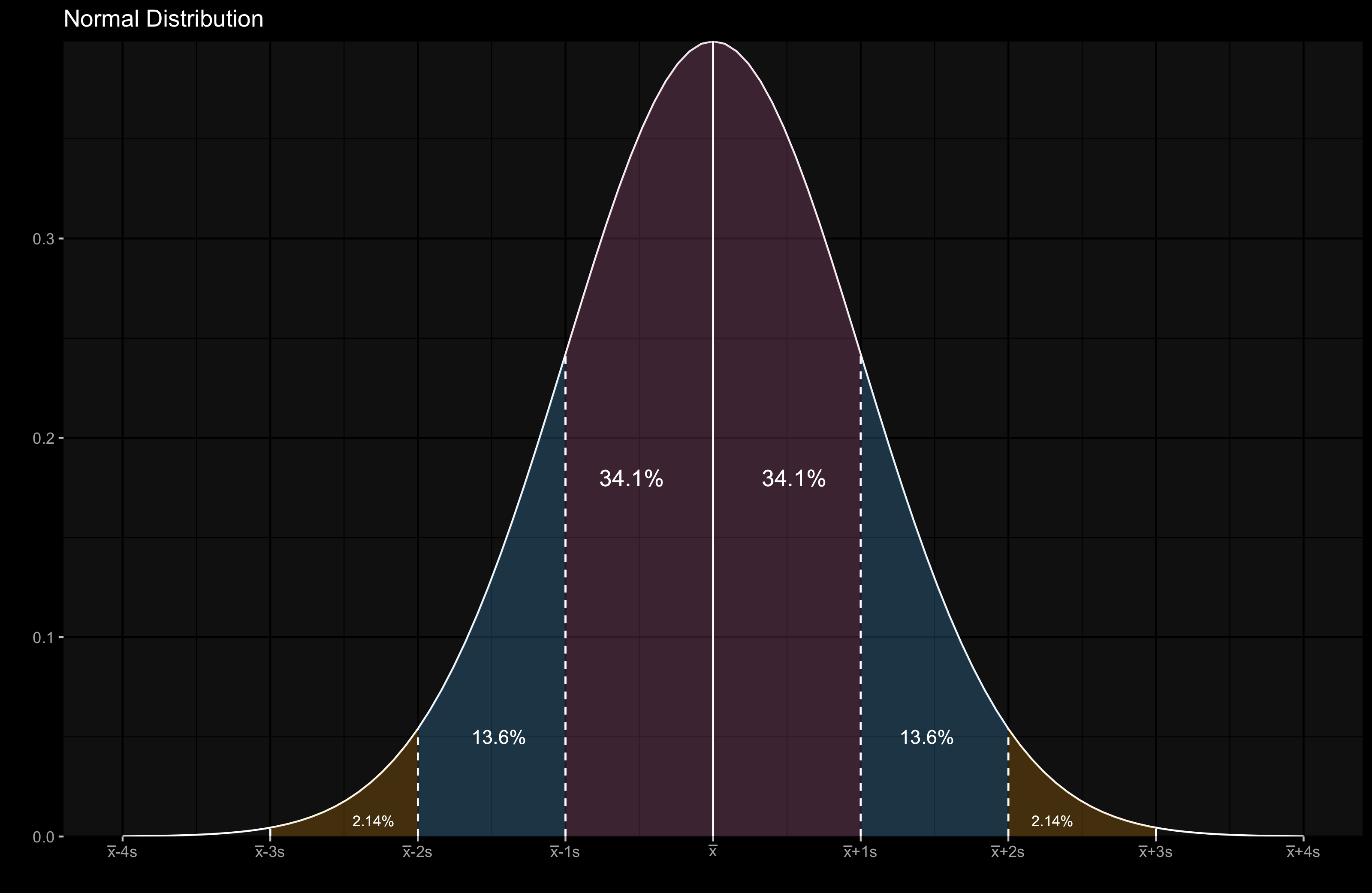 The normal distribution is a pretty user-friendly mental model when we are trying to interpret the statistical metrics like mean and standard deviation. However, it may also be an insidious and misleading model when your distribution is not normal. There is a great sentence in the “Testing for normality” paper by R.C. Geary, 1947 (the quote was found here):

Normality is a myth; there never was, and never will be, a normal distribution.

I 100% agree with this statement. At least, if you are working with performance distributions (that are based on the multiple iterations of your benchmarks that measure the performance metrics of your applications), you should forget about normality. That’s how a typical performance distribution looks like (I built the below picture based on a real benchmark that measures the load time of assemblies when we open the Orchard solution in Rider on Linux): 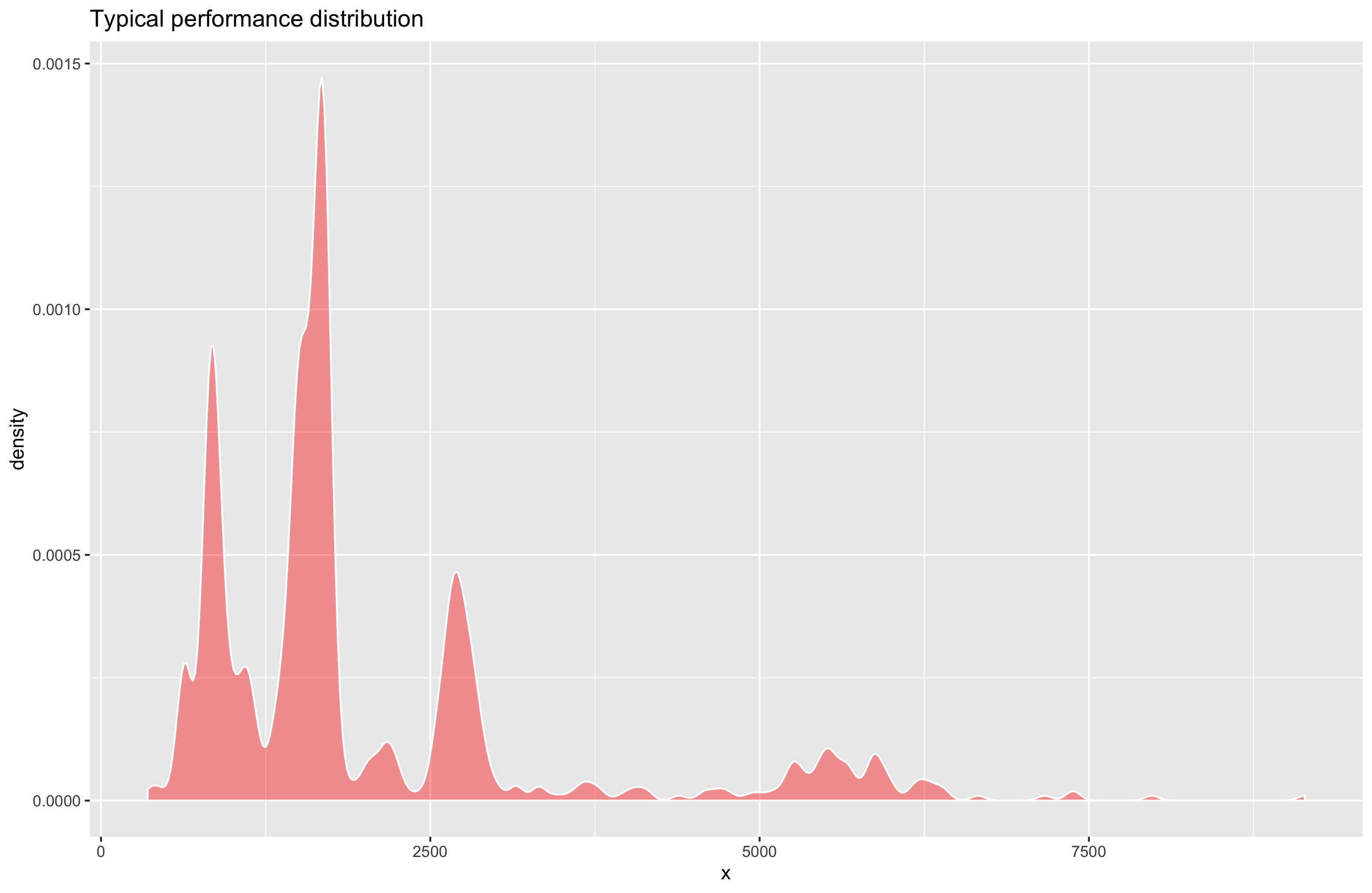 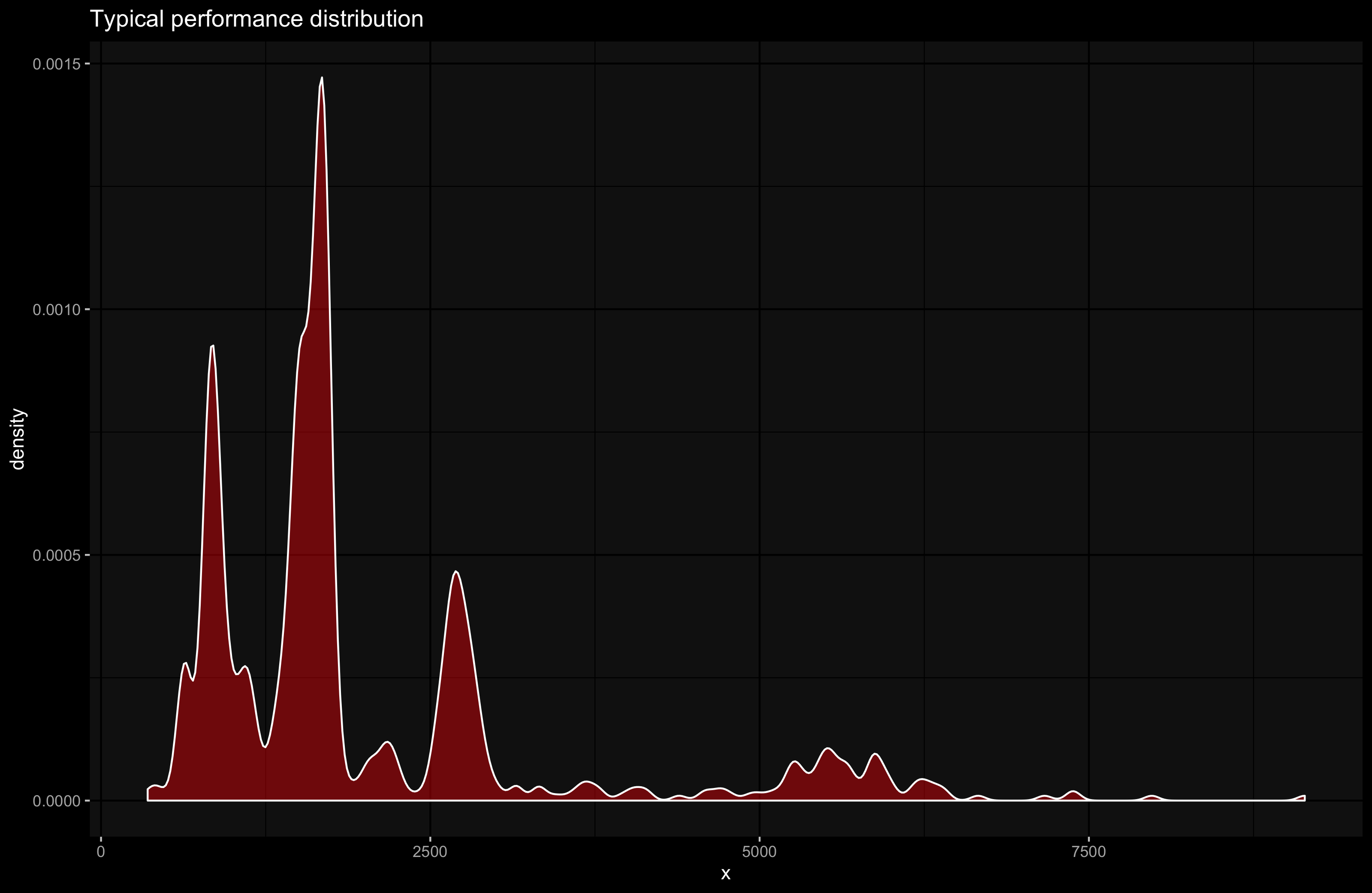 Changepoint detection is an important task that has a lot of applications. For example, I use it to detect changes in the Rider performance test suite. It’s very important to detect not only performance degradations, but any kinds of performance changes (e.g., the variance may increase, or a unimodal distribution may be split to several modes). You can see examples of such changes on the following picture (we change the color when a changepoint is detected): 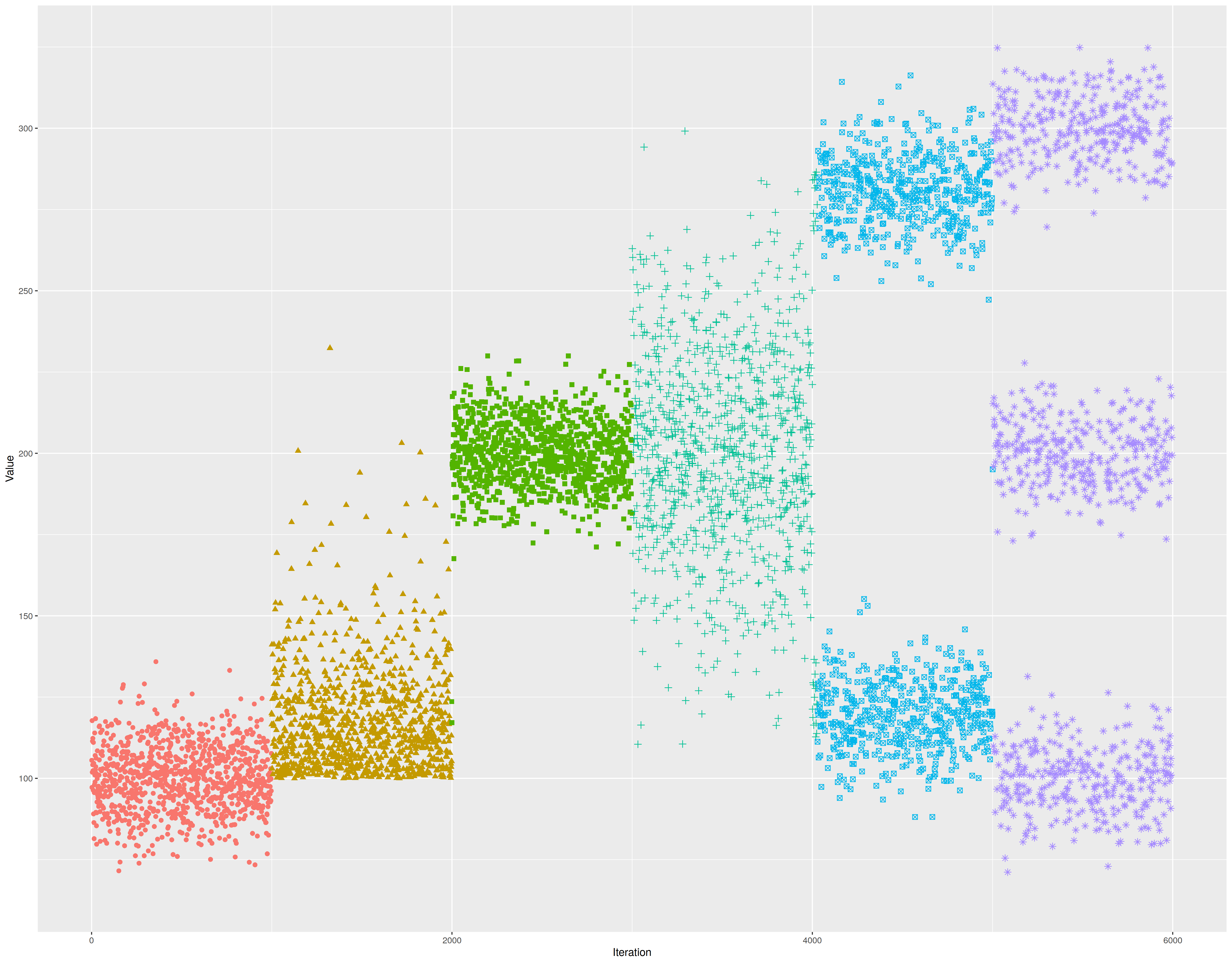 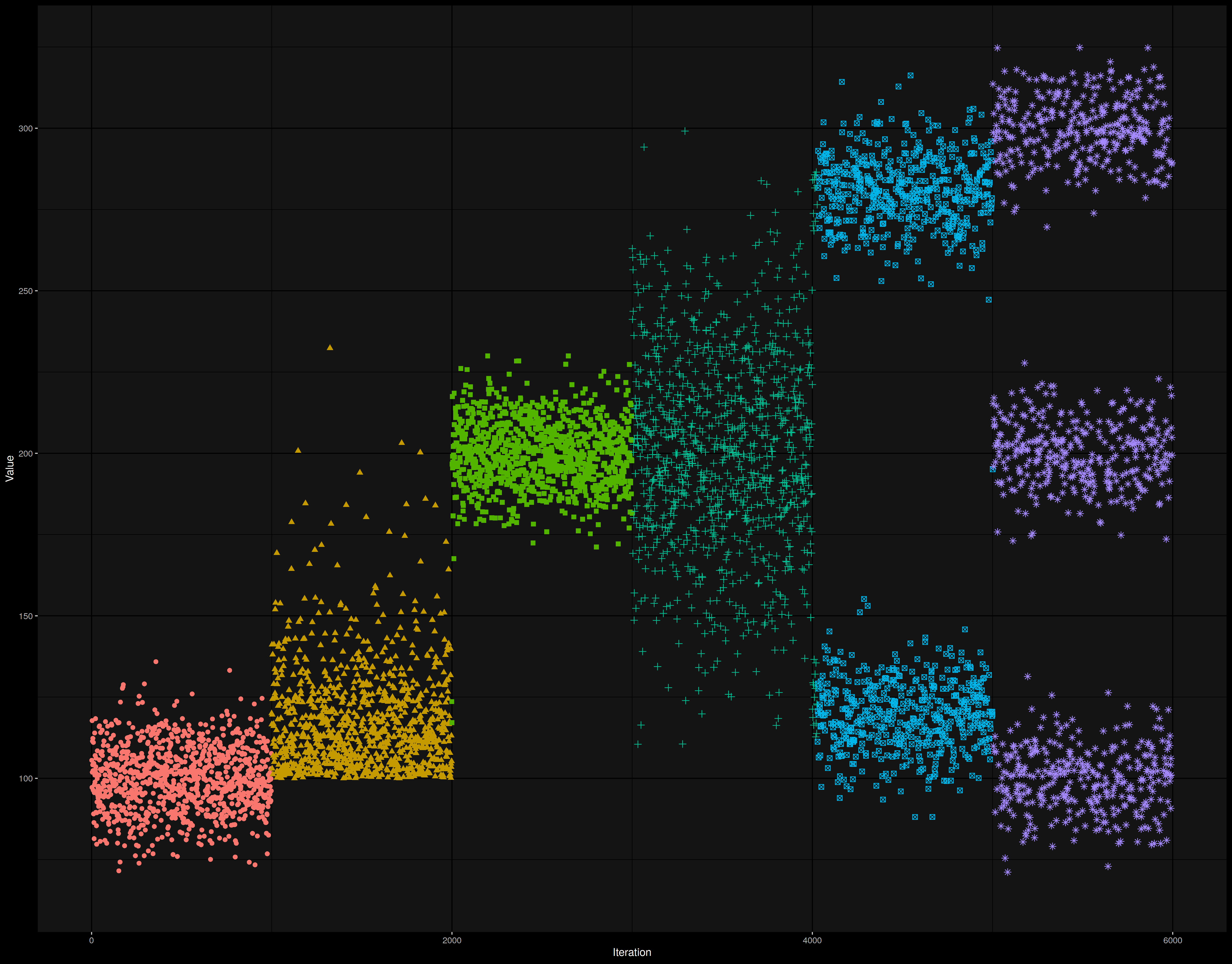 Unfortunately, it’s pretty hard to write a reliable and fast algorithm for changepoint detection. Recently, I found a cool paper (Haynes, K., Fearnhead, P. & Eckley, I.A. “A computationally efficient nonparametric approach for changepoint detection,” Stat Comput (2017) 27: 1293) that describes the ED-PELT algorithm. It has O(N*log(N)) complexity and pretty good detection accuracy. The reference implementation can be used via the changepoint.np R package. However, I can’t use R on our build server, so I decided to write my own C# implementation. 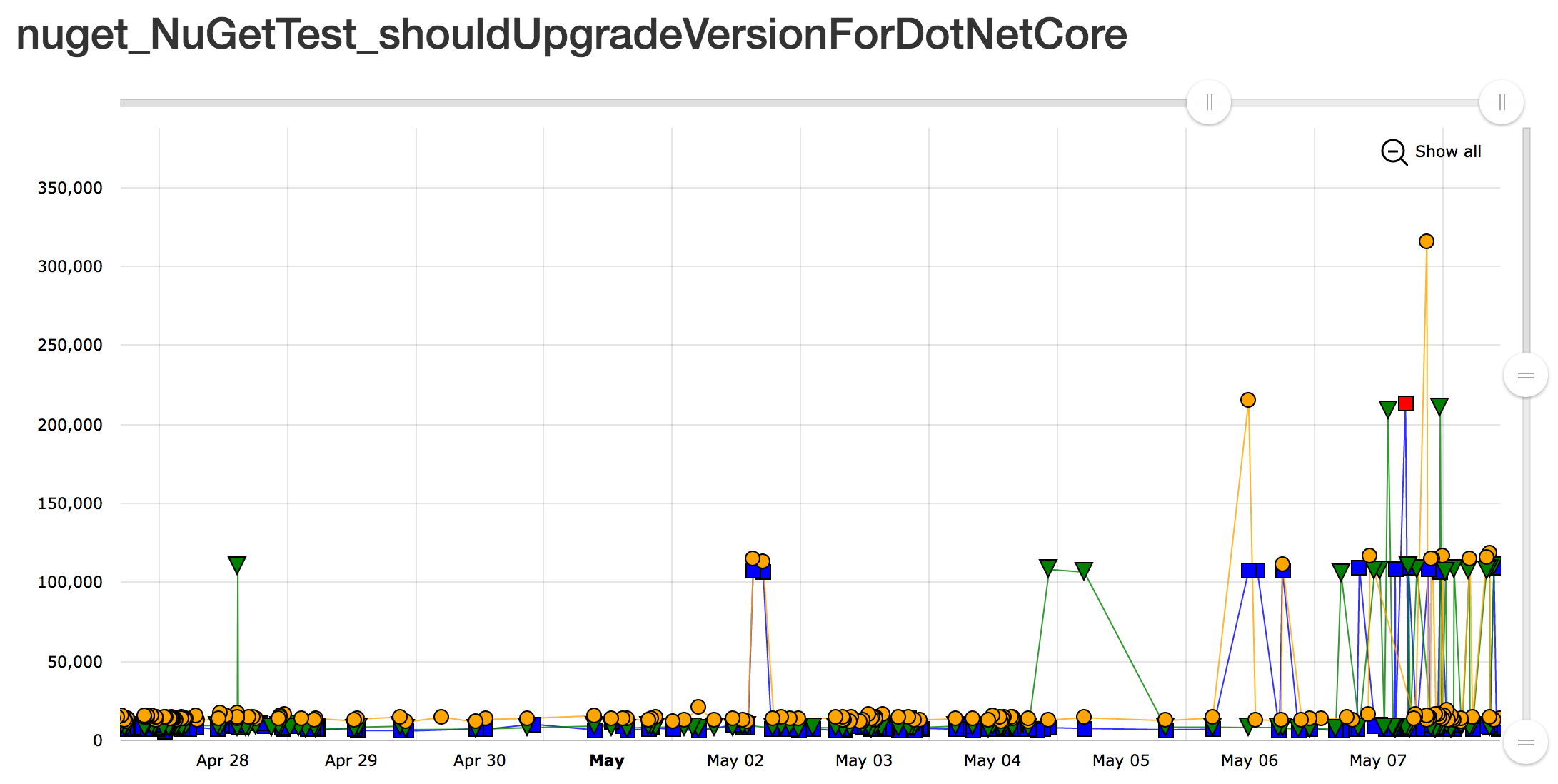 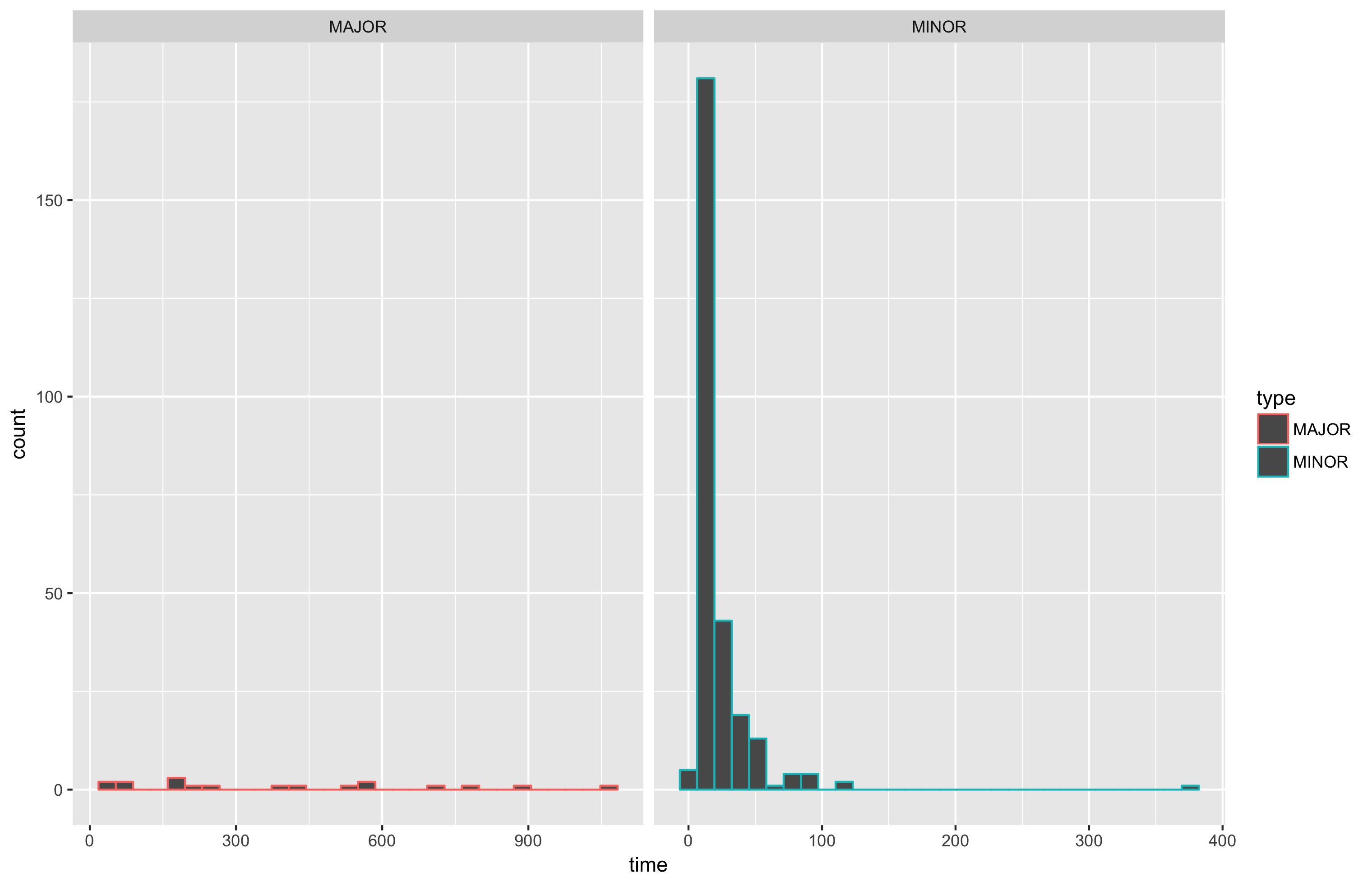