Quantile estimators based on k order statistics, Part 3: Playing with the Beta function

August 17, 2021
Mathematics Statistics Research Quantile Estimators Quantile estimators based on k order statistics Research: Building trimmed Harrell-Davis quantile estimator
Update: this blog post is a part of research that aimed to build a statistically efficient and robust quantile estimator. A paper with final results is available in Communications in Statistics - Simulation and Computation (DOI: 10.1080/03610918.2022.2050396). A preprint is available on arXiv: arXiv:2111.11776 [stat.ME]. Some information in this blog post can be obsolete: please, use the official paper as the primary reference.

All posts from this series:

The general idea is the same that was used in the previous post. We express the estimation of the \(p^\textrm{th}\) quantile as follows:

where F is a CDF function of a specific distribution. The distribution has non-zero PDF only inside a window \([L_k, R_k]\) that covers at most k order statistics:

Now we just have to define the \(G: [0;1] \to [0;1]\) function that defines \(F\) values inside the window. In the previous post, where we used the extension of Hyndman-Fan Type 7 equation, we used just the most simple linear function:

With such values, the suggested estimator becomes the exact copy of the Harrell-Davis quantile estimator for \(k=n+1\). Let’s perform some numerical simulations to check the statistical efficiency of this estimator.

We are going to take the same simulation setup that was declared in this post. Briefly speaking, we evaluate the classic MSE-based relative statistical efficiency of different quantile estimators on samples from different light-tailed and heavy-tailed distributions using the classic Hyndman-Fan Type 7 quantile estimator as the baseline.

Here is the animated version of the simulations (the considered estimators based on k order statistics are denoted as “KOS-Bk”):

And here are static images of the result for different sample sizes: 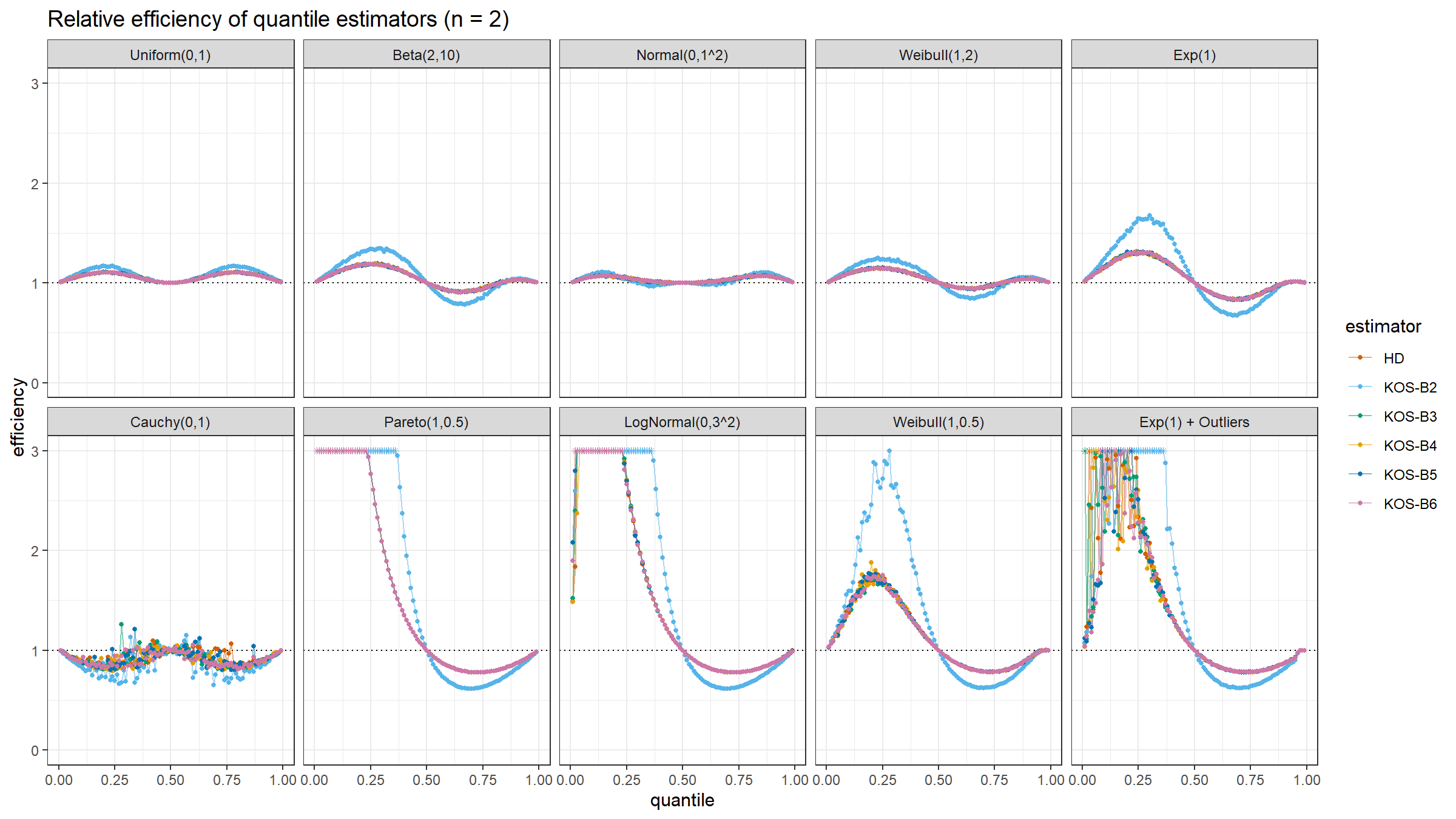 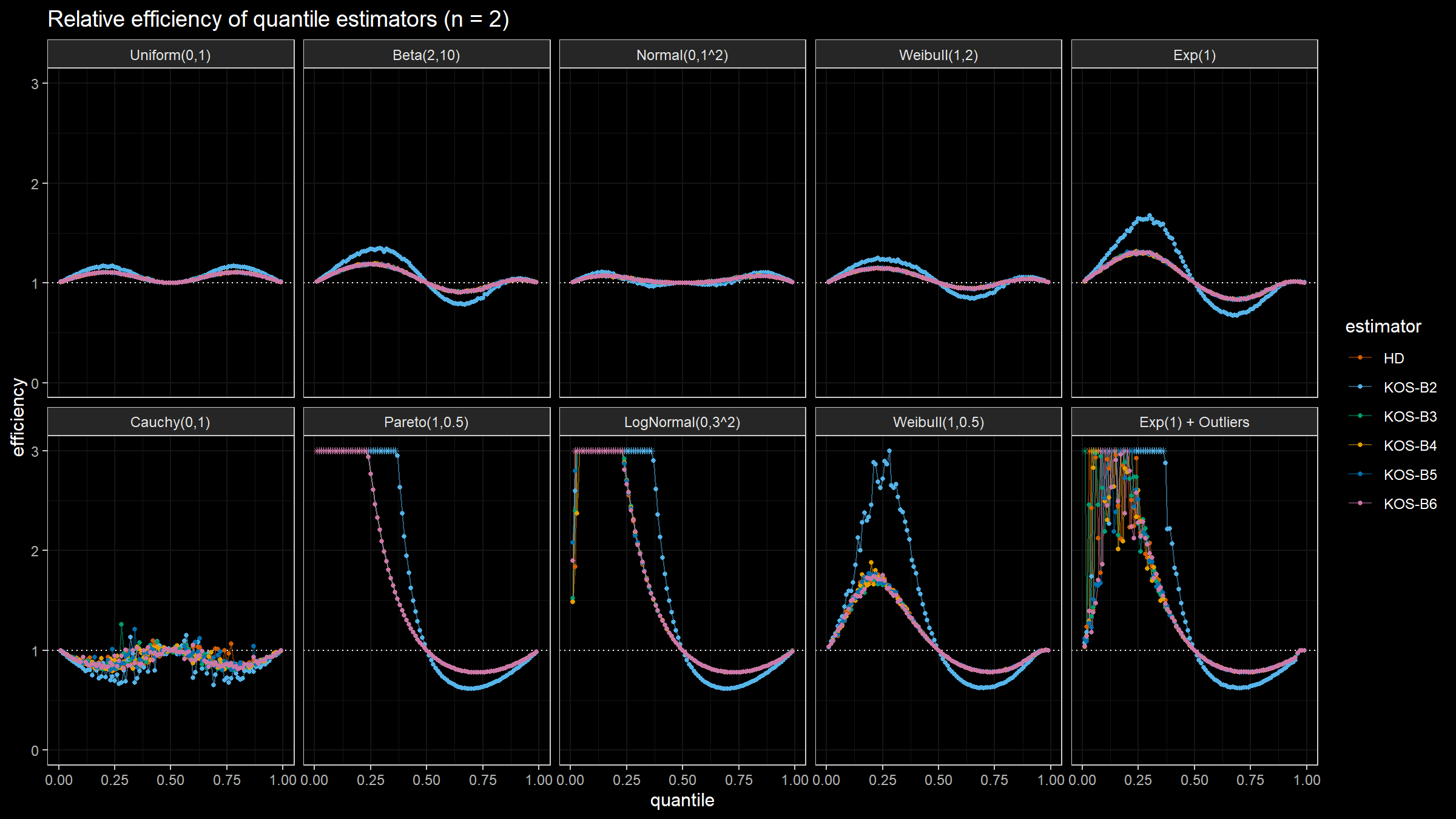 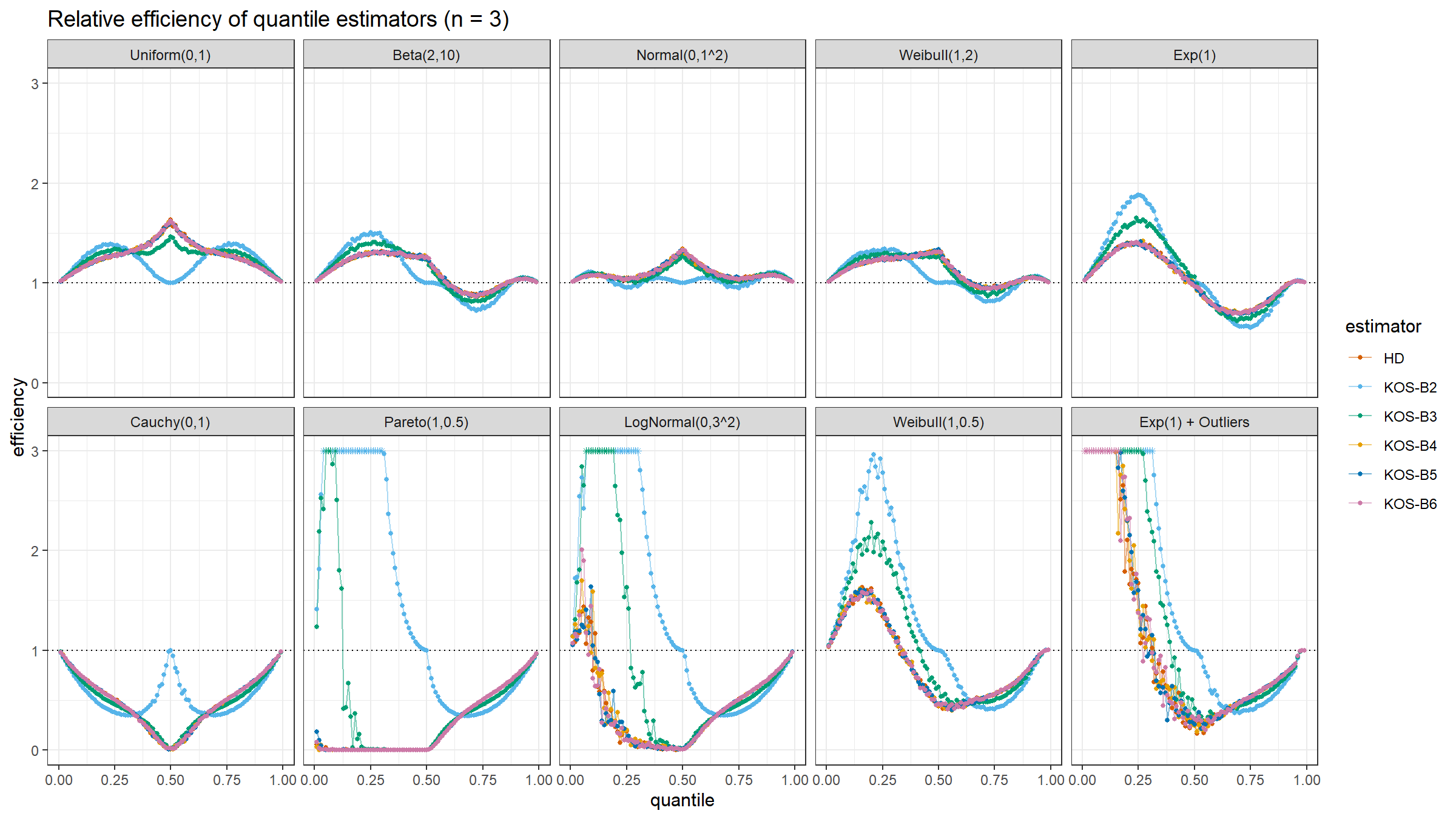 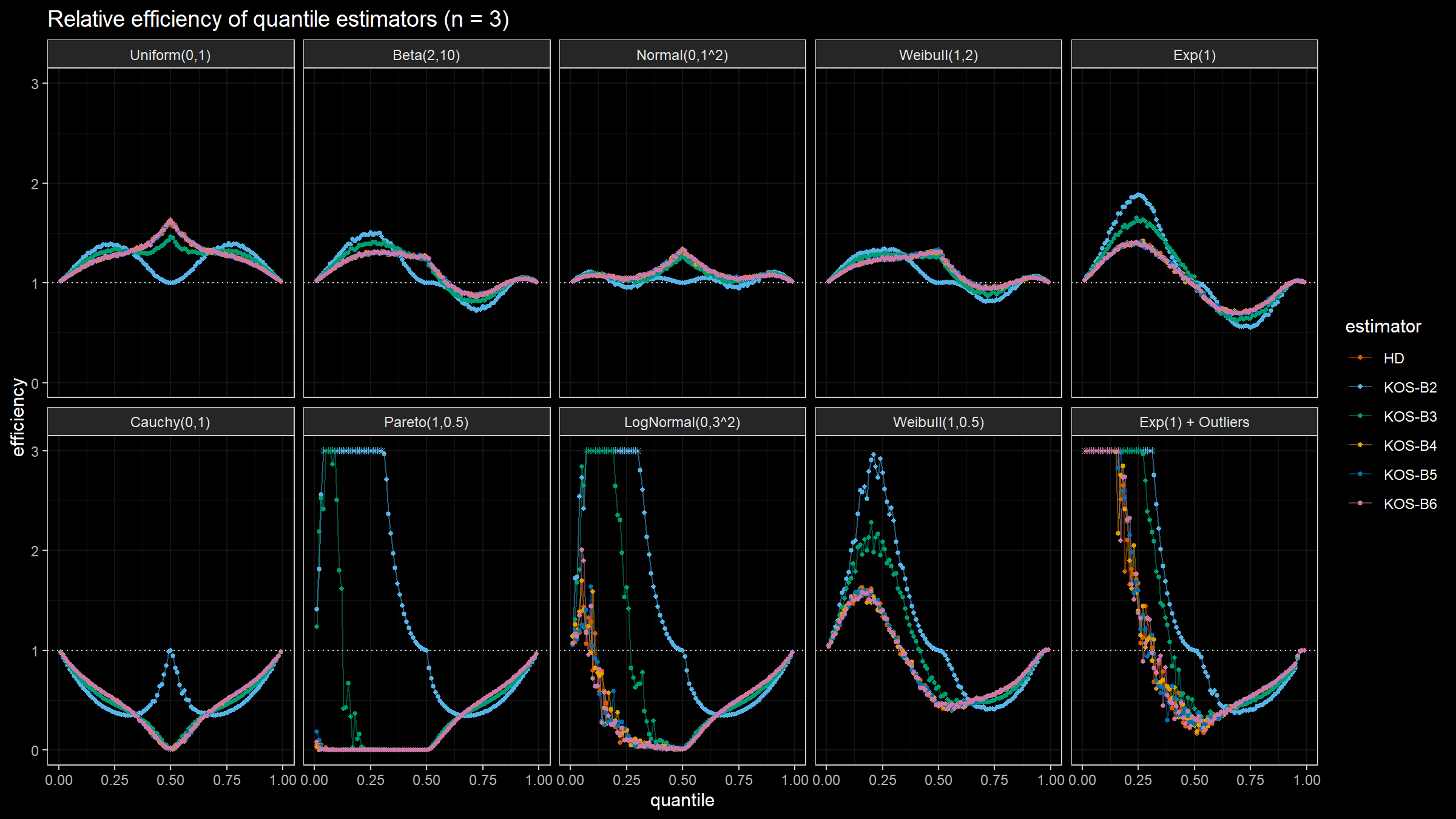 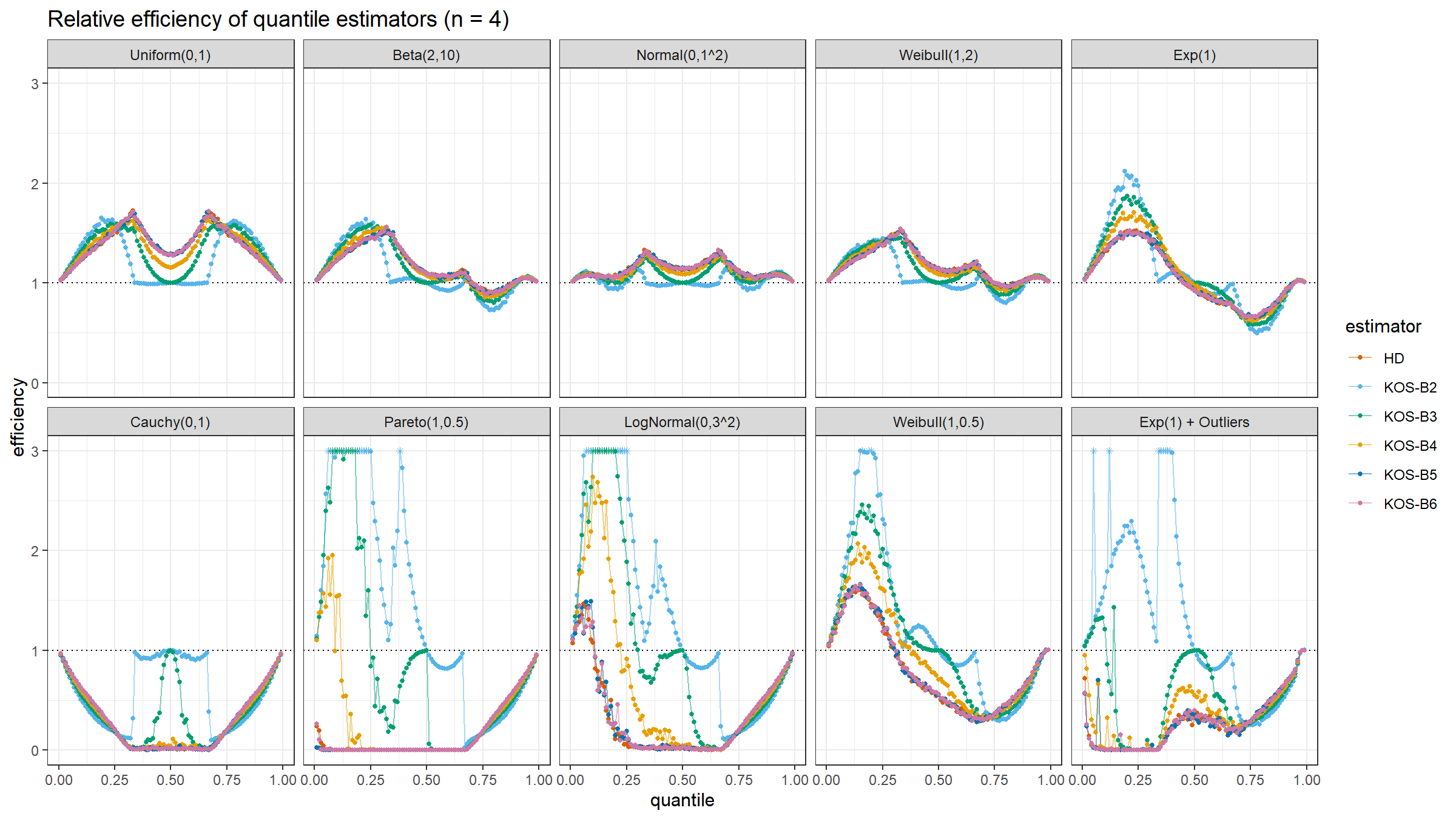 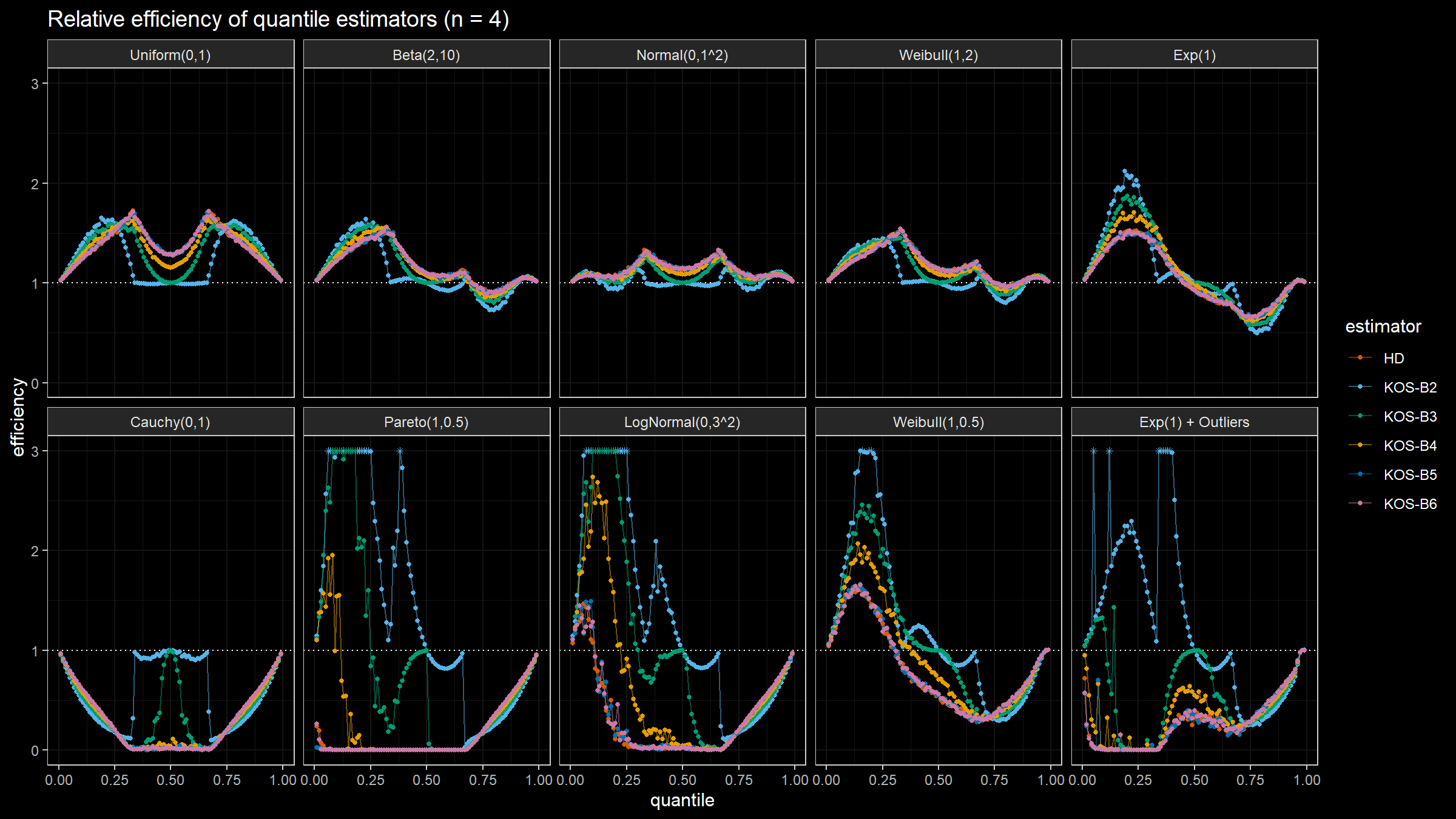 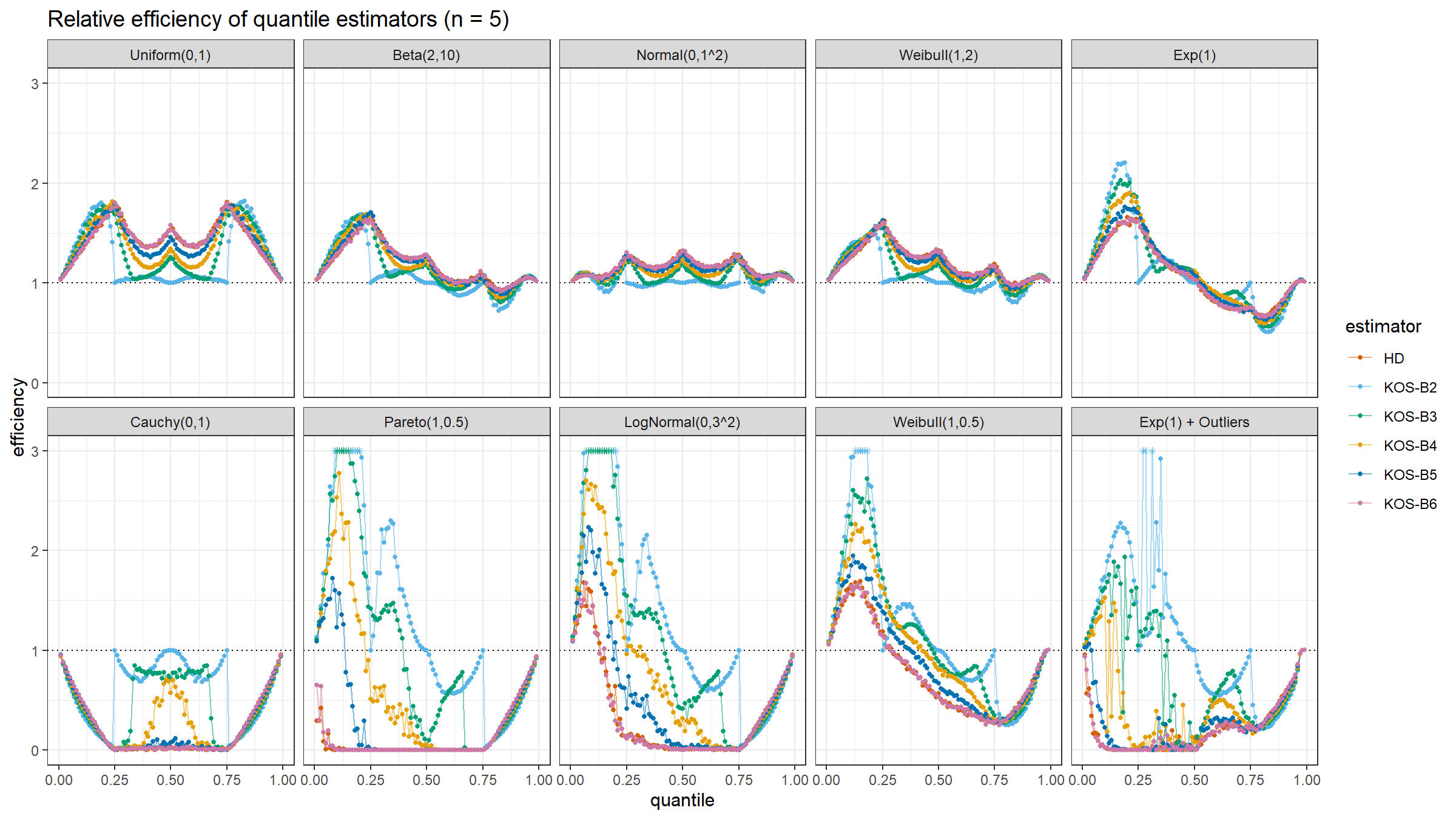 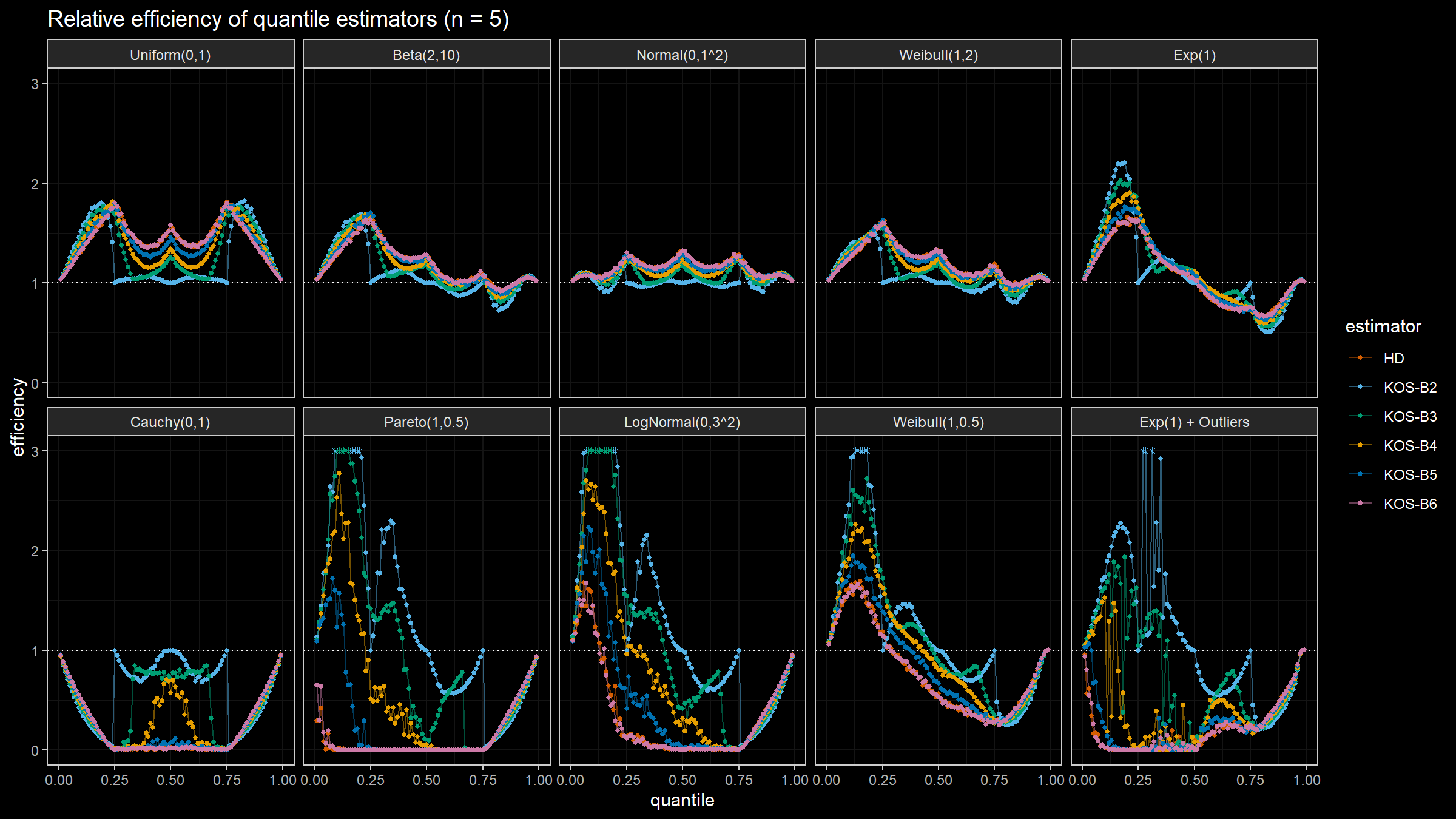 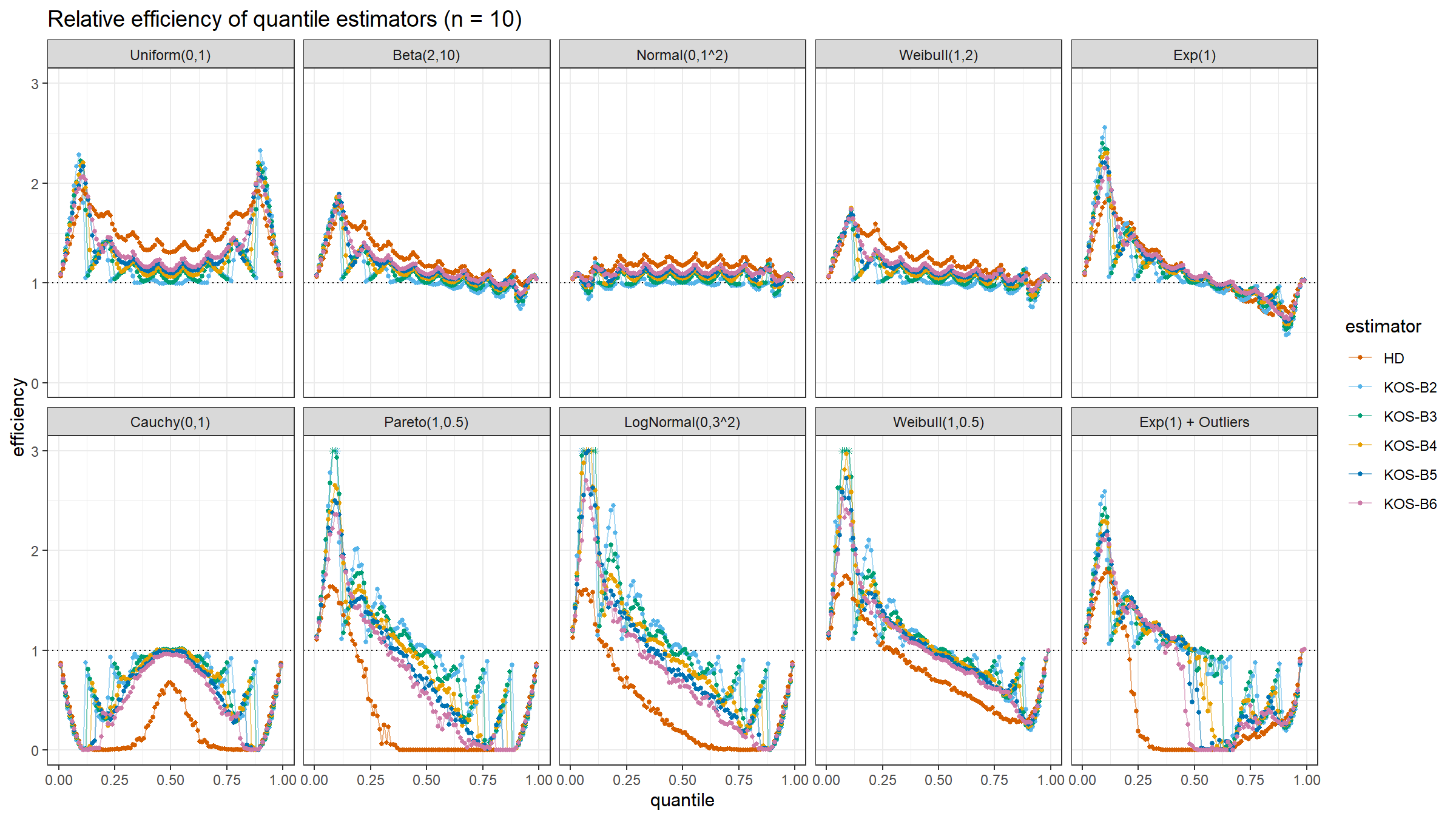 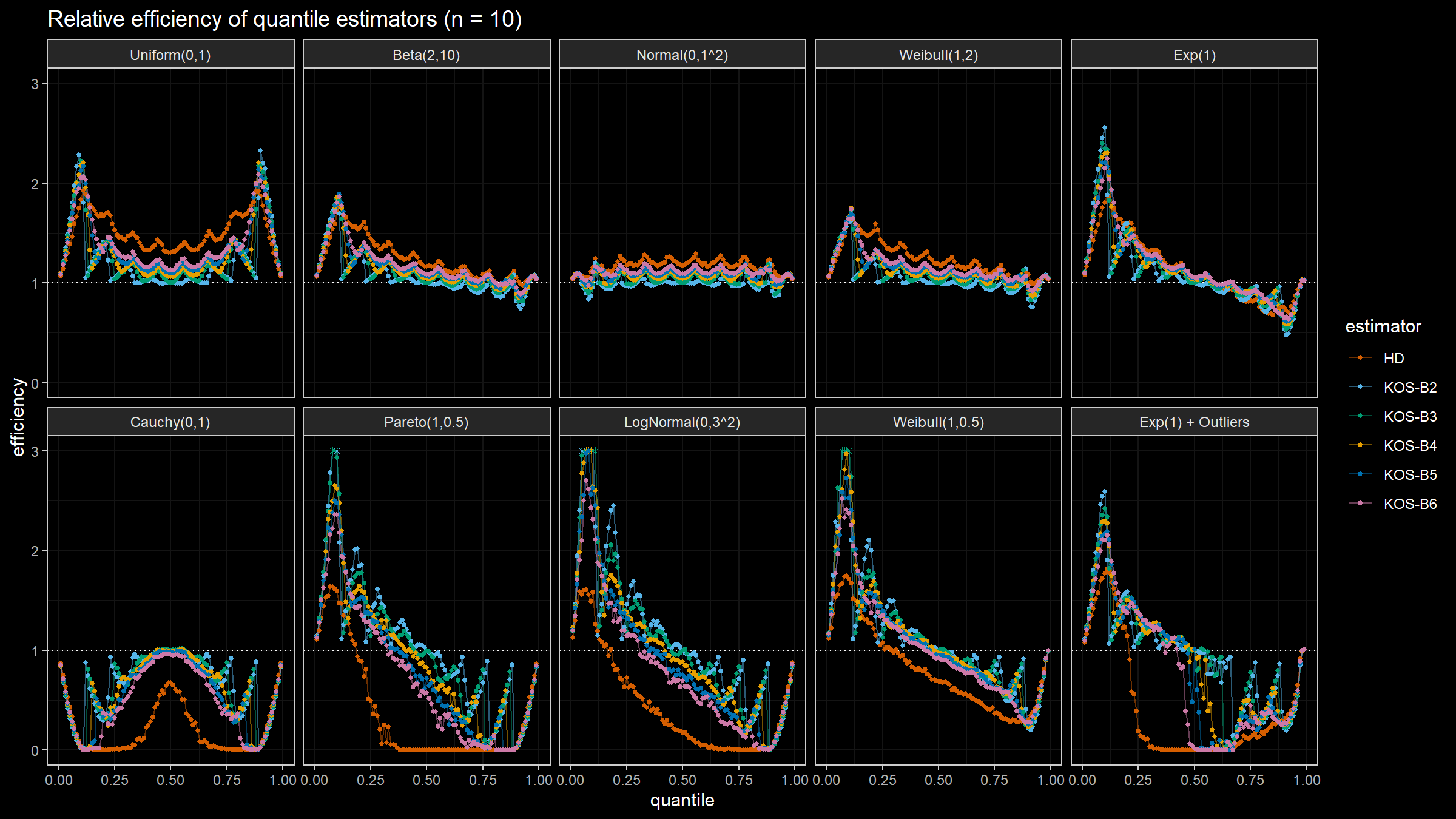 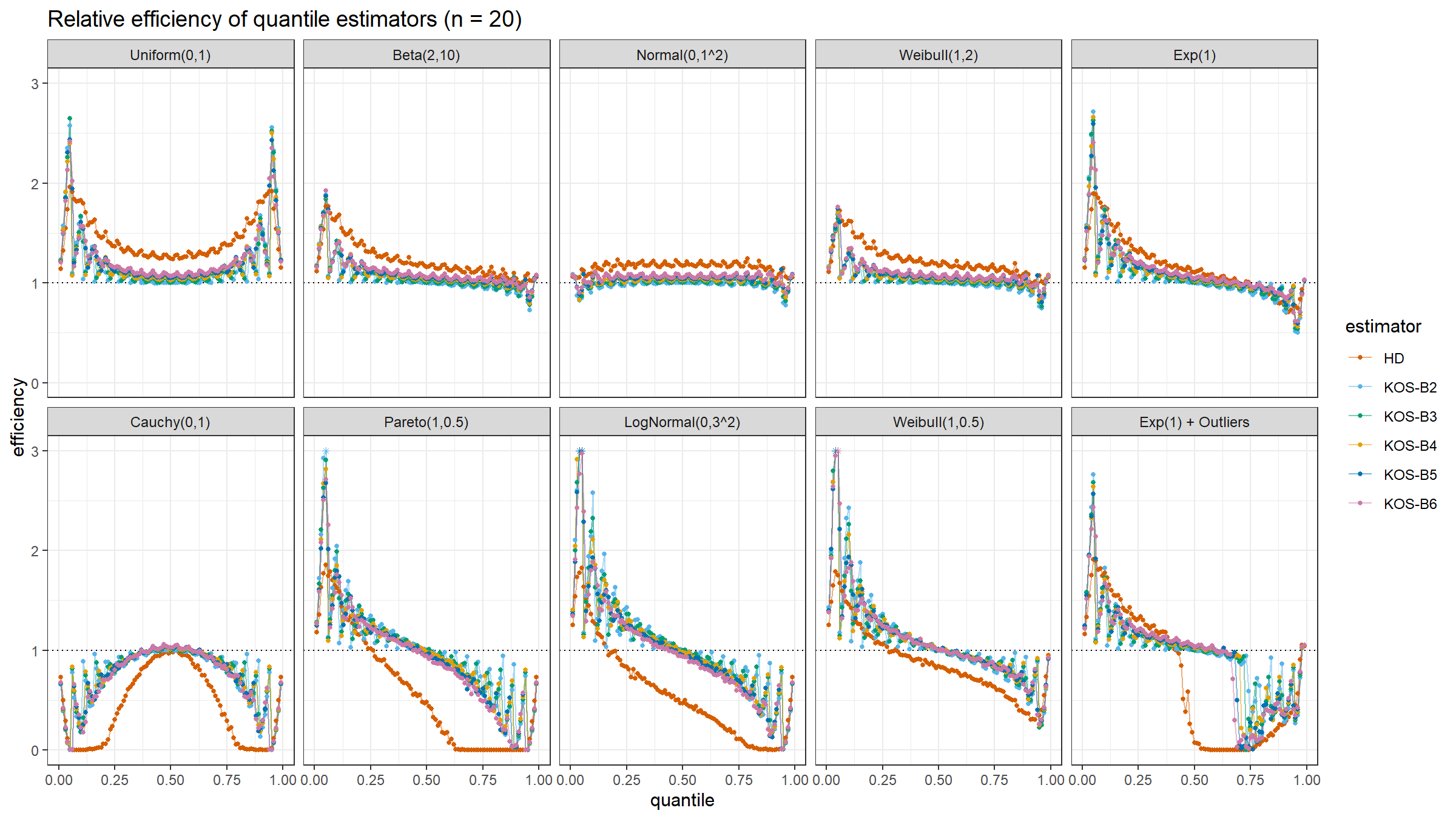 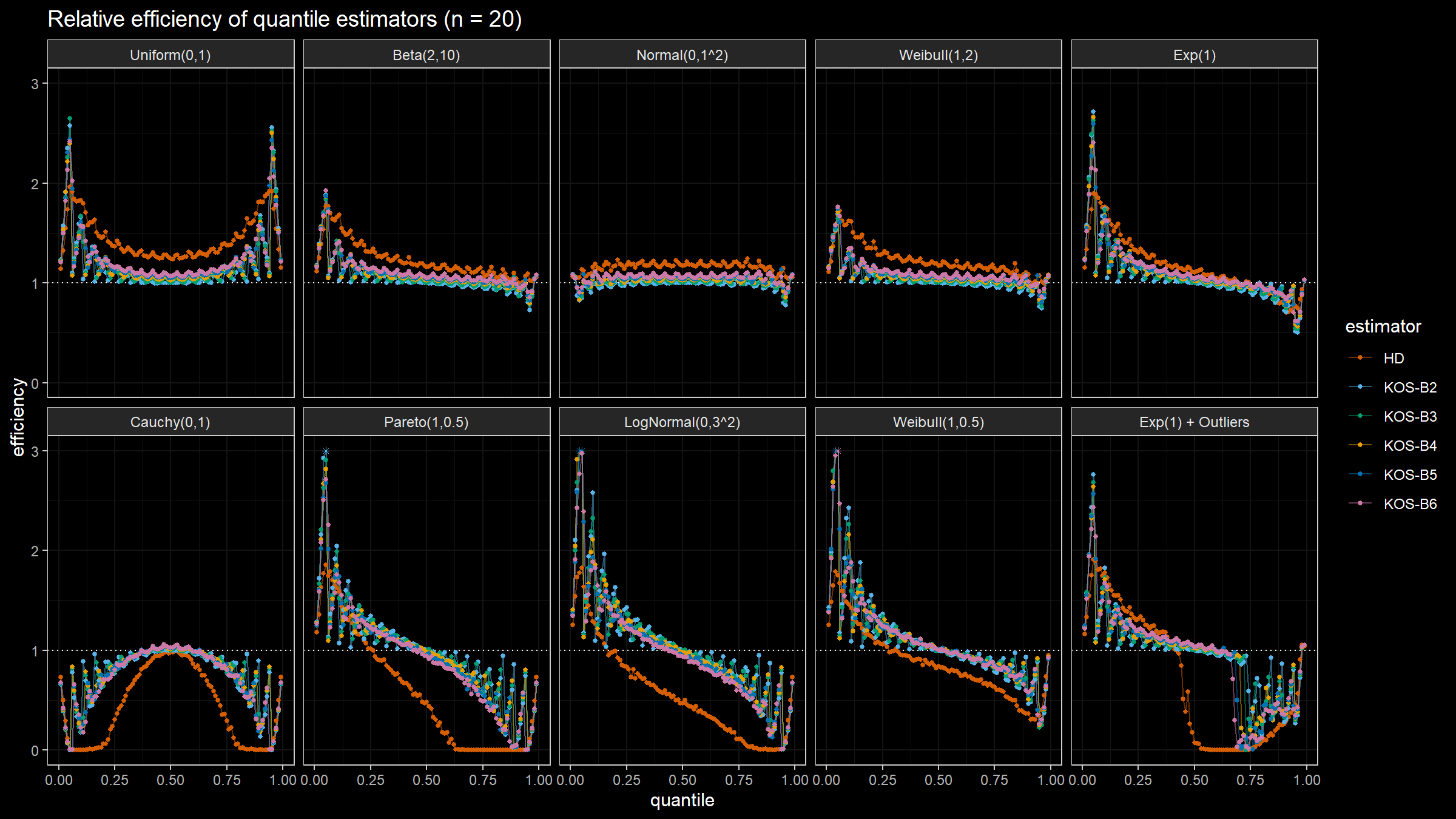 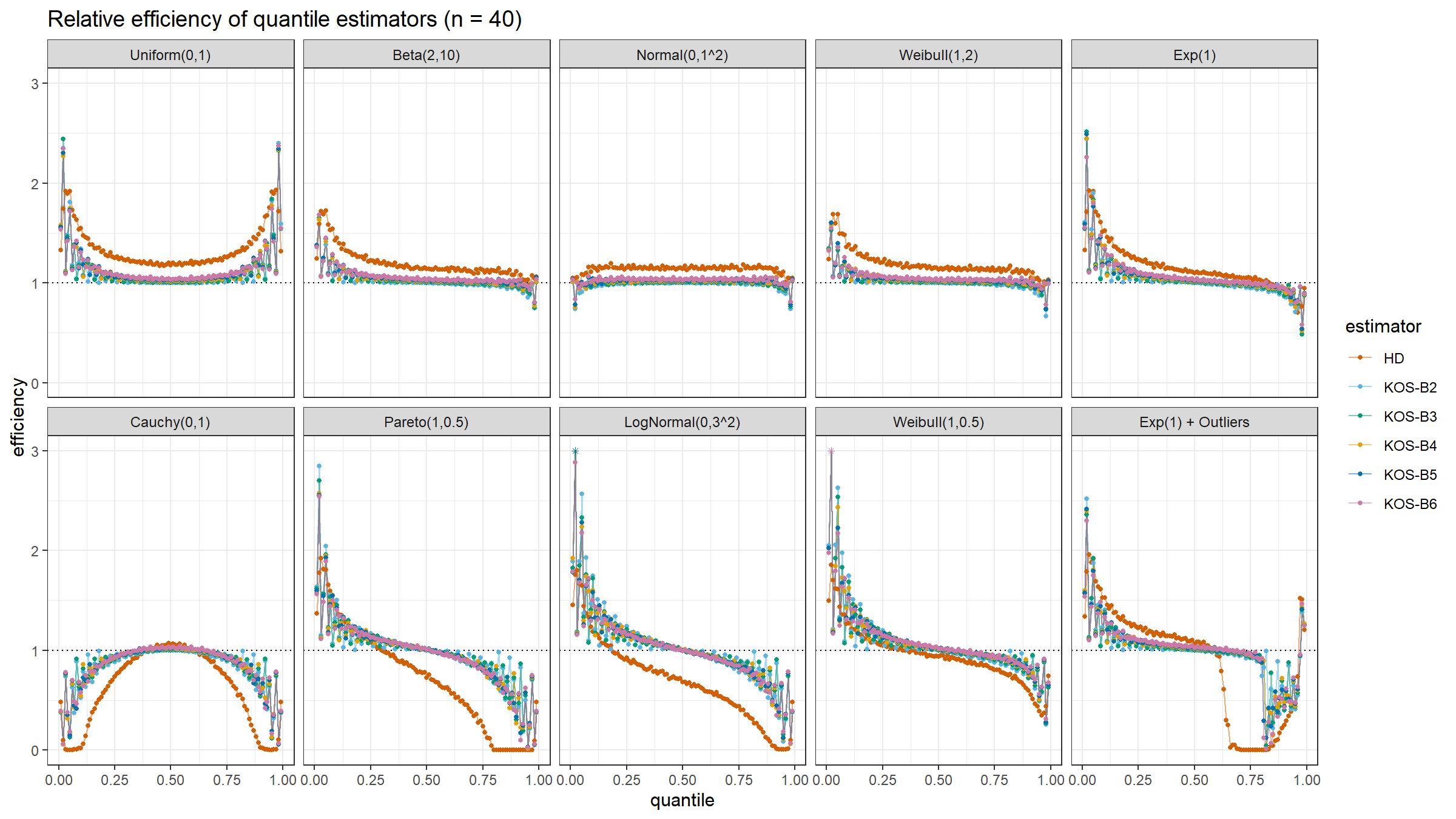 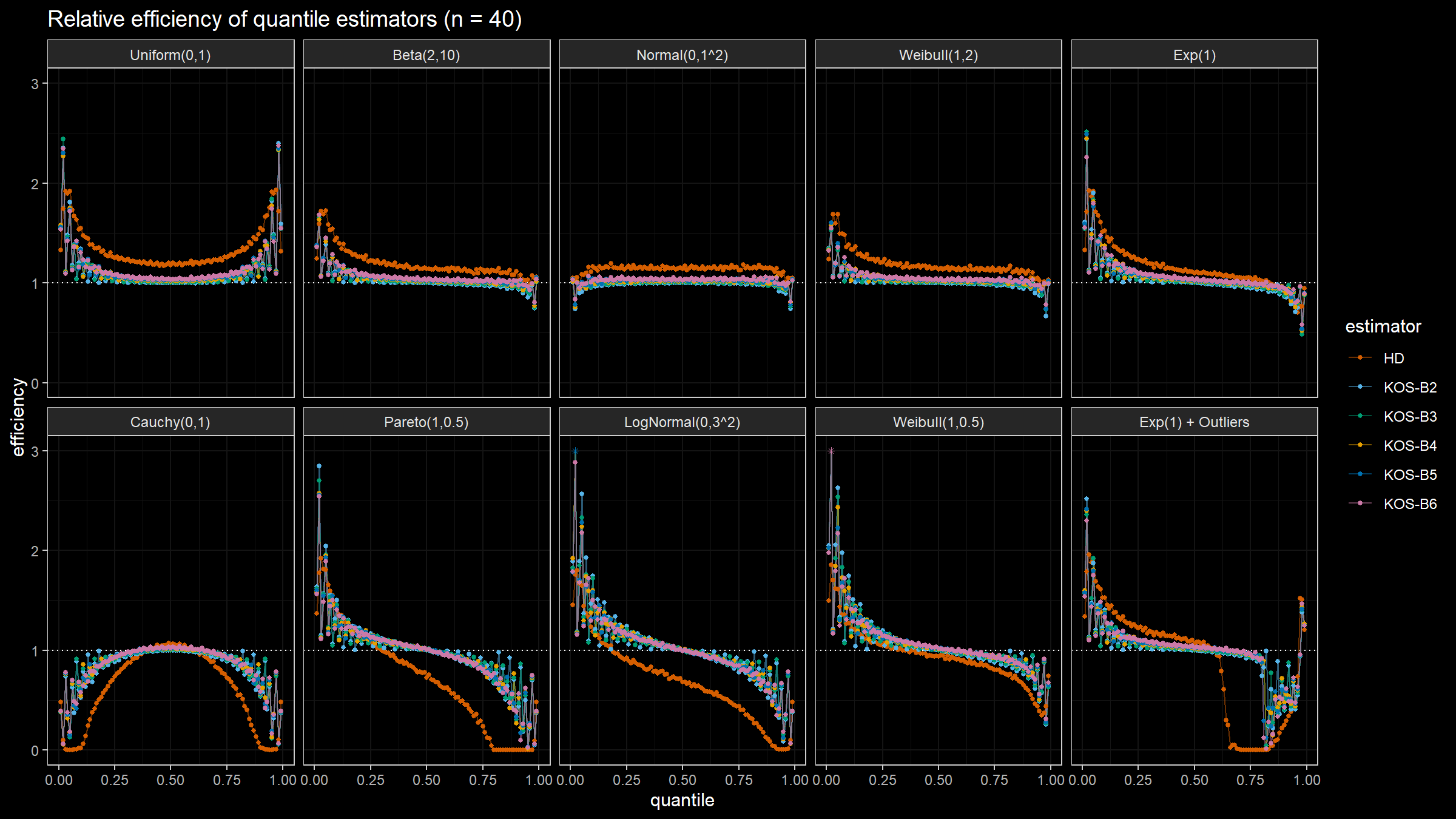 In the next post, we are going to try one more weight function.