65535 interfaces ought to be enough for anybody

It was a bright, sunny morning. There were no signs of trouble. I came to work, opened Slack, and received many messages from my coworkers about failed tests.

After a few hours of investigation, the situation became clear:

So, what was special about this “bad commit”? Spoiler: after these changes, we sometimes have more than 65535 interface implementations at runtime. 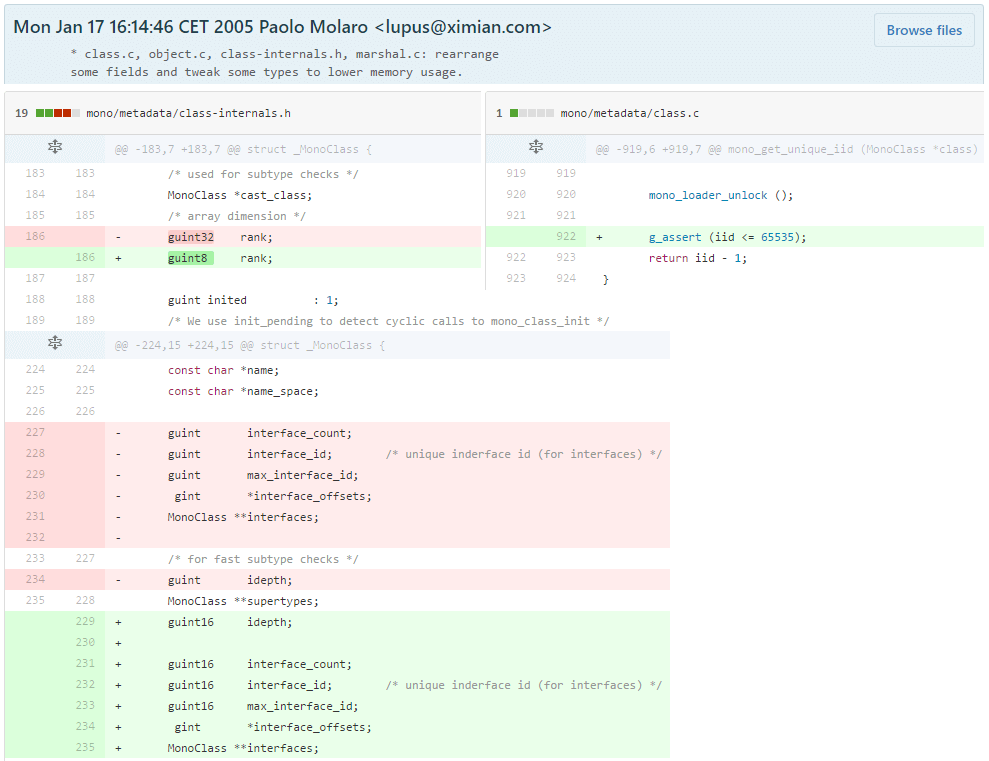 Rider uses the ReSharper codebase which is really big. Of course, we have many generic classes. A short fact about .NET: if you have an interface IFoo<T>, the runtime generates a separate method table per each IFoo<int>, IFoo<double>, IFoo<bool>, and so on. A short fact about the unit tests subsystem in ReSharper: it uses a lot of generic classes (especially in the tests for unit tests).

On Windows, everything worked fine because Rider uses the full .NET Framework which doesn’t have such limitation on the number of interfaces. On Linux and MacOS, we use Mono as a runtime. And tests were failing because we have too many interfaces! It took a week of debugging to find the problem, but we finally did it.

This fix is not a part of the latest stable mono yet. Fortunately, Rider uses its own Mono fork. So, we just cherry-picked this commit, and now all of our tests are green again.