Unfortunately, if we try to build such sampling distributions in practice, we may see that they are not always normal. There are some corner cases that prevent us from using the normal model in general. If you implement general routines that analyze the median behavior, you should keep such cases in mind. In this post, we briefly talk about some of these cases.

We start with a regular case when the median sampling distribution actually behaves like a normal one. Let’s consider the standard exponential distribution (\(\lambda = 1\)): 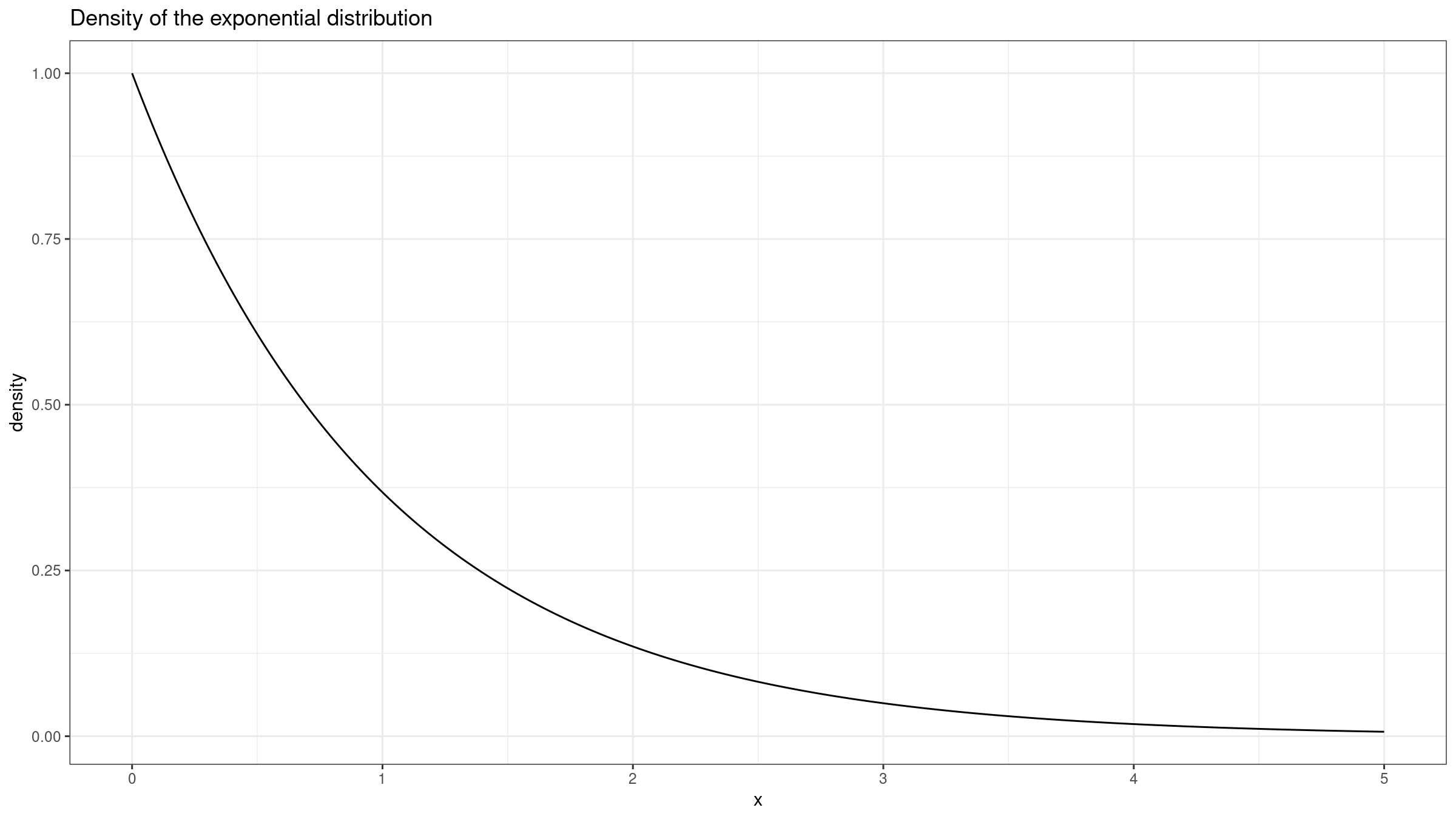 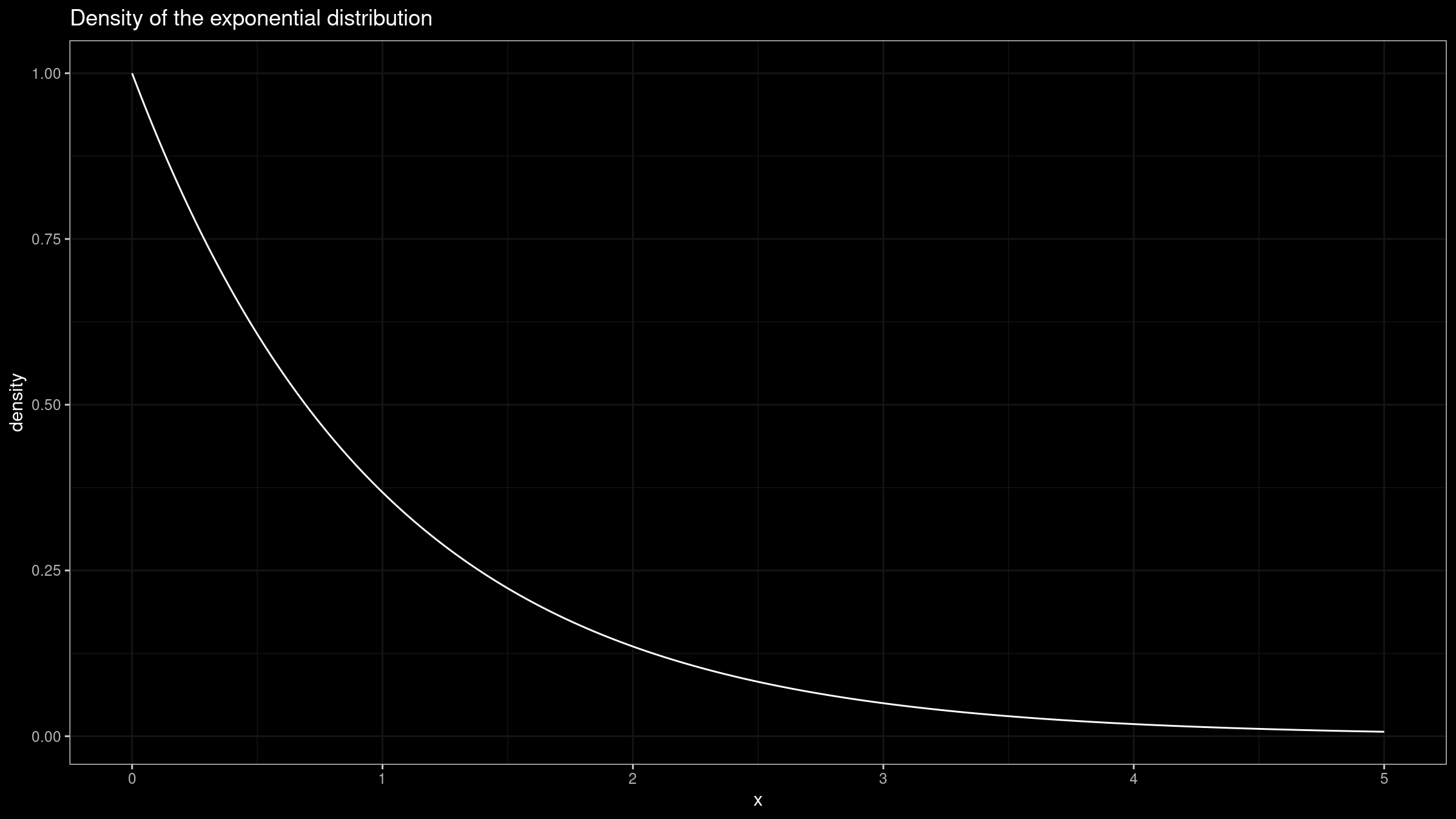 Its median of this distribution is well-known:

The corresponding PDF is also known:

Now let’s generate \(10\,000\) samples of size \(50\), get the sample median for each of them, and build the kernel density estimation of the sampling distribution using the Sheather & Jones method: 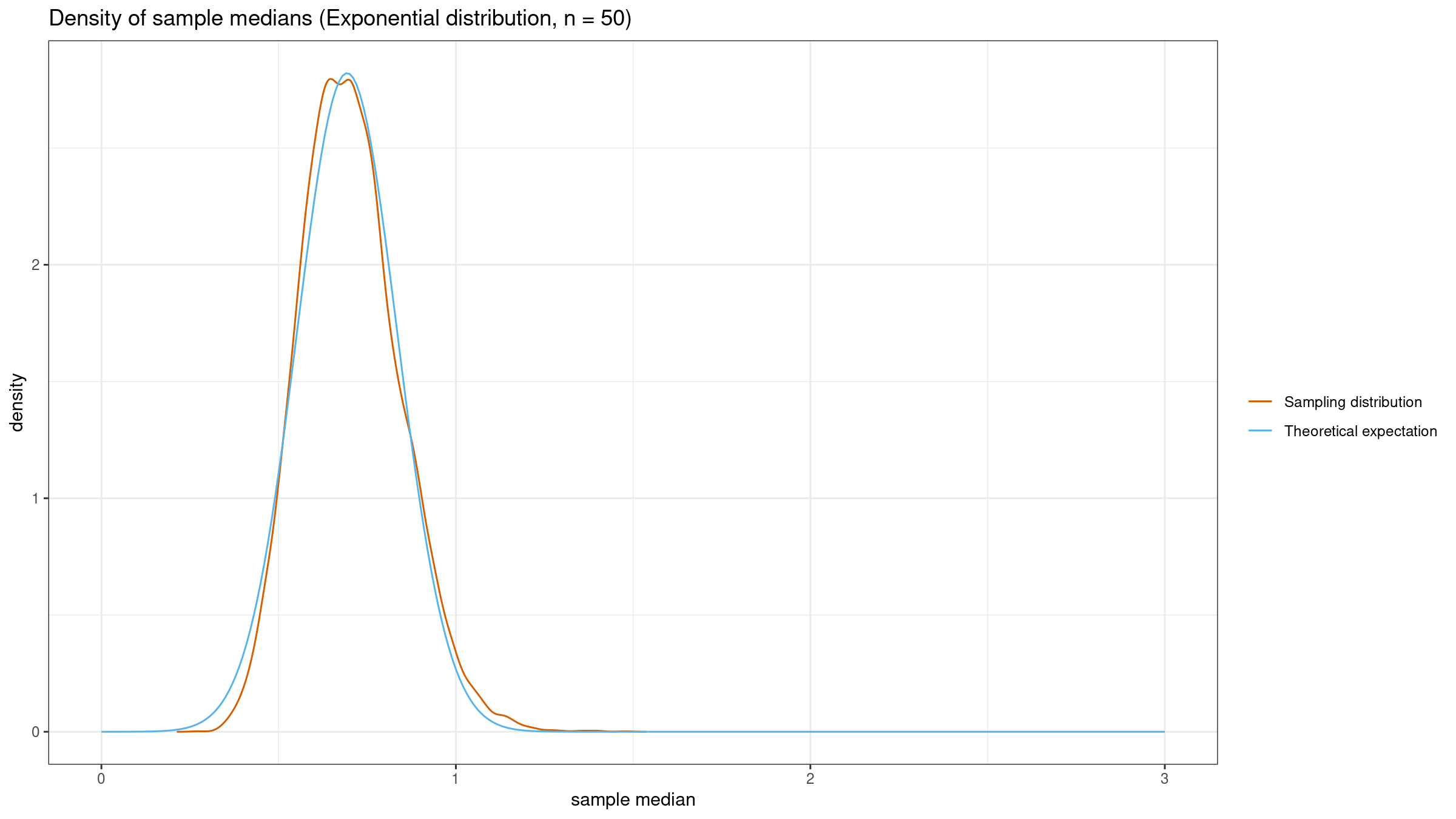 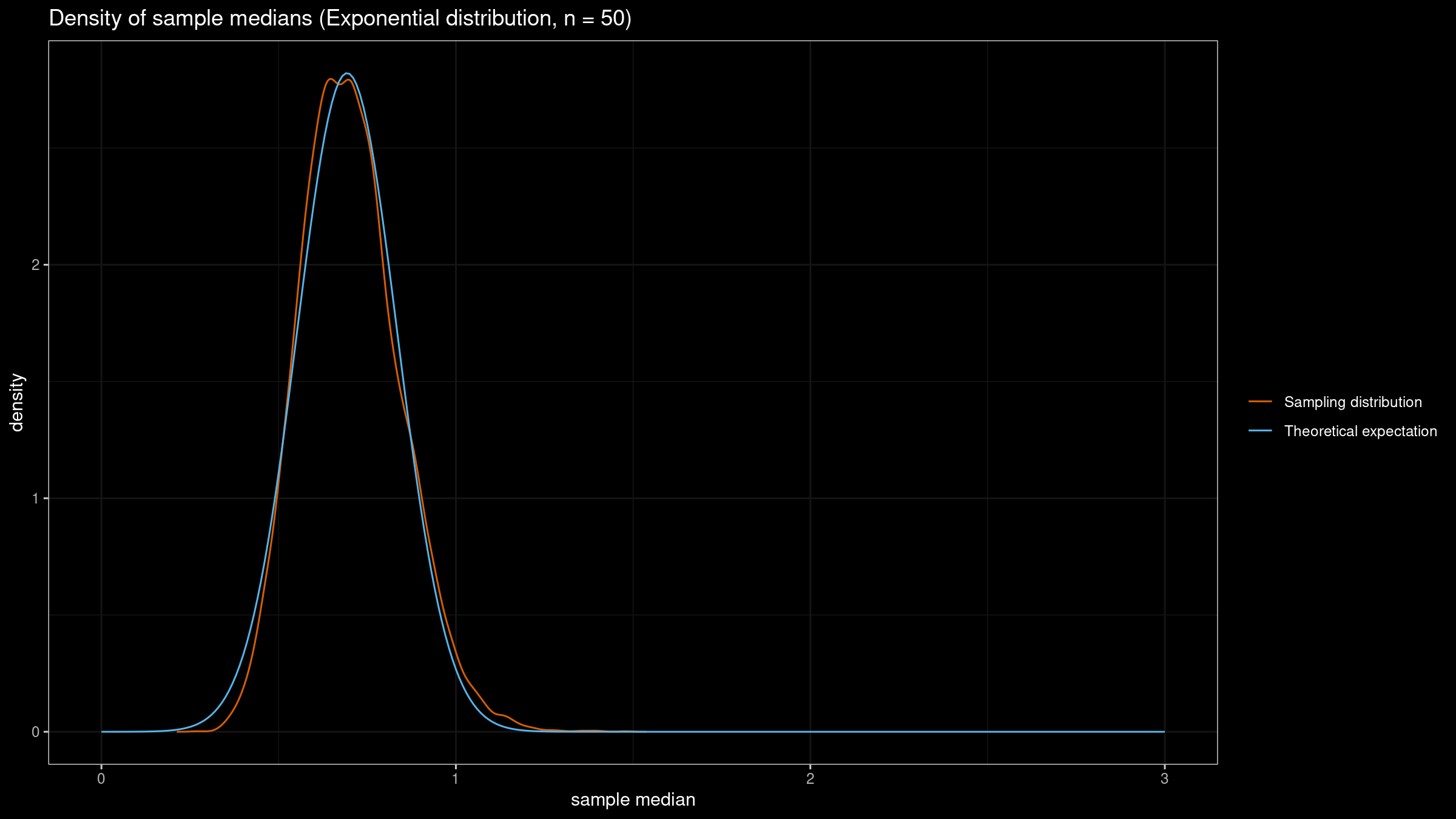 As we can see, the actual sampling distribution is pretty close to the theoretical one. So far, the normality assumption works as expected.

Now let’s reduce the sample size to \(n=5\) and repeat the experiment. The theoretical model has the same mean, but the variance is \(\sigma^2 = 0.2\). Here are the simulation results: 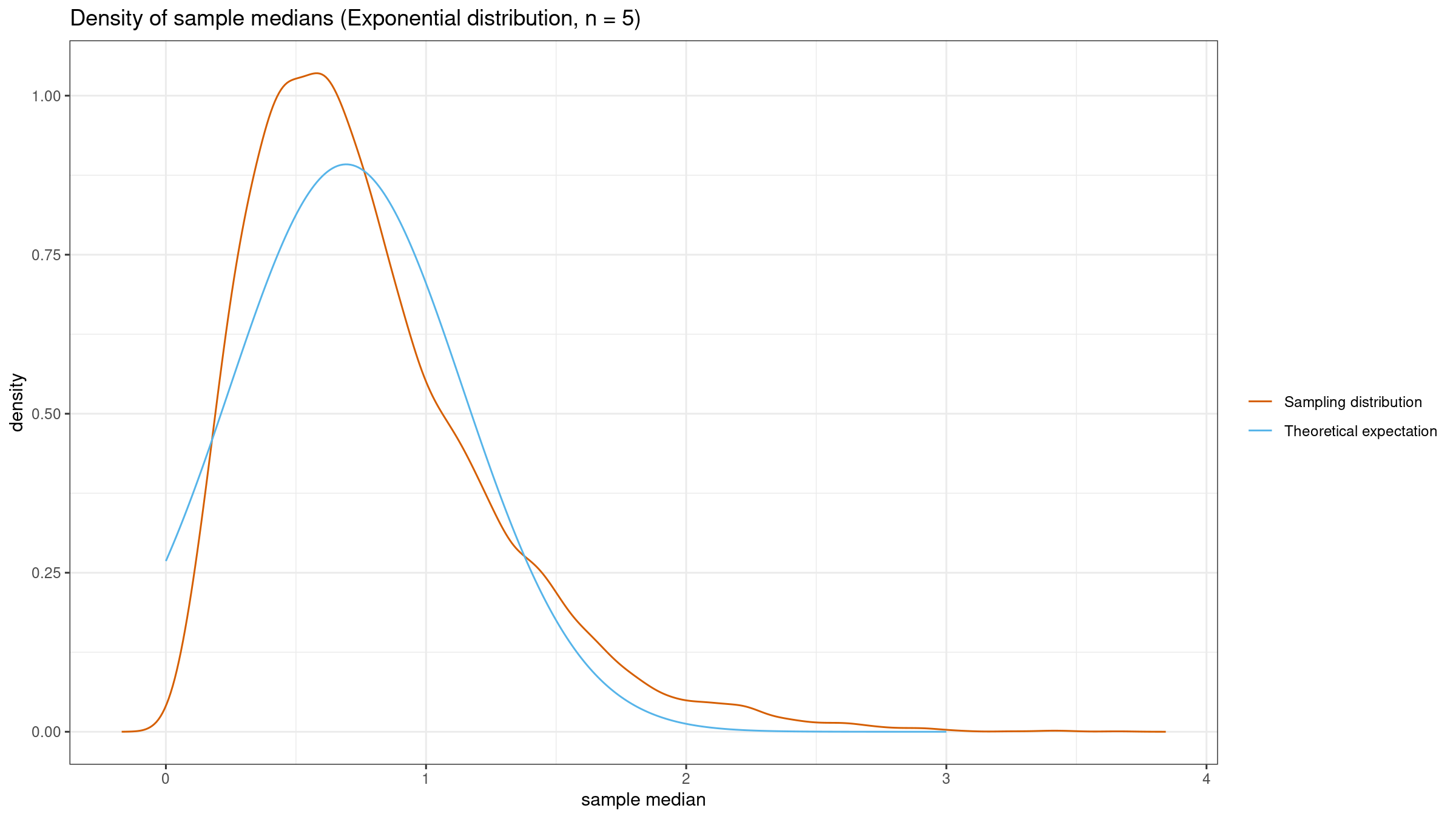 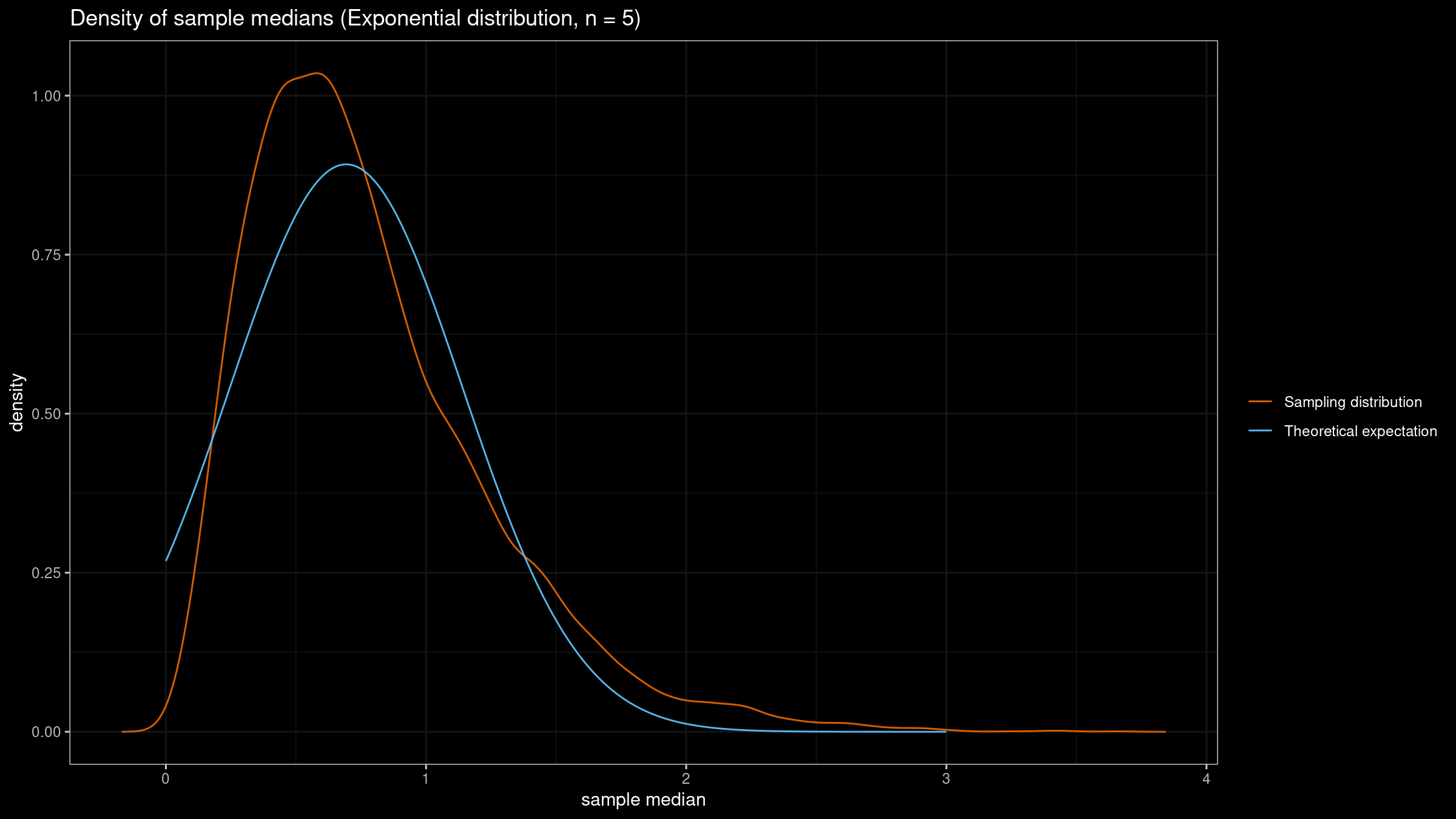 Now the theoretical model is not so close to the empirical one. The median sampling distribution is only asymptotically normal. Thus, we shouldn’t expect the predicted normality on small samples. The “proper” sample size heavily depends on the underlying distributions. In some cases, you may need several hundreds of elements in each sample to achieve the expected normality. 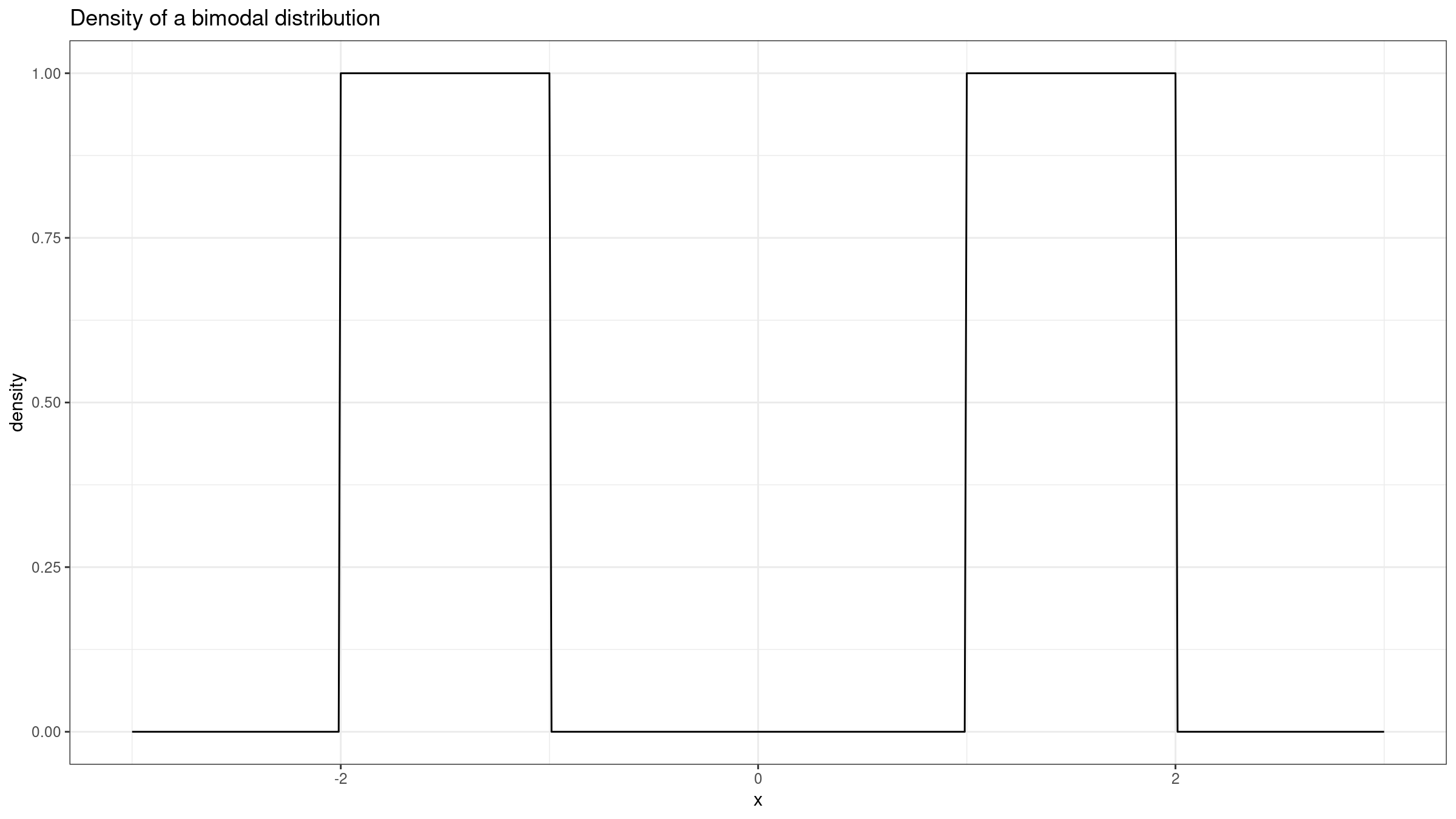 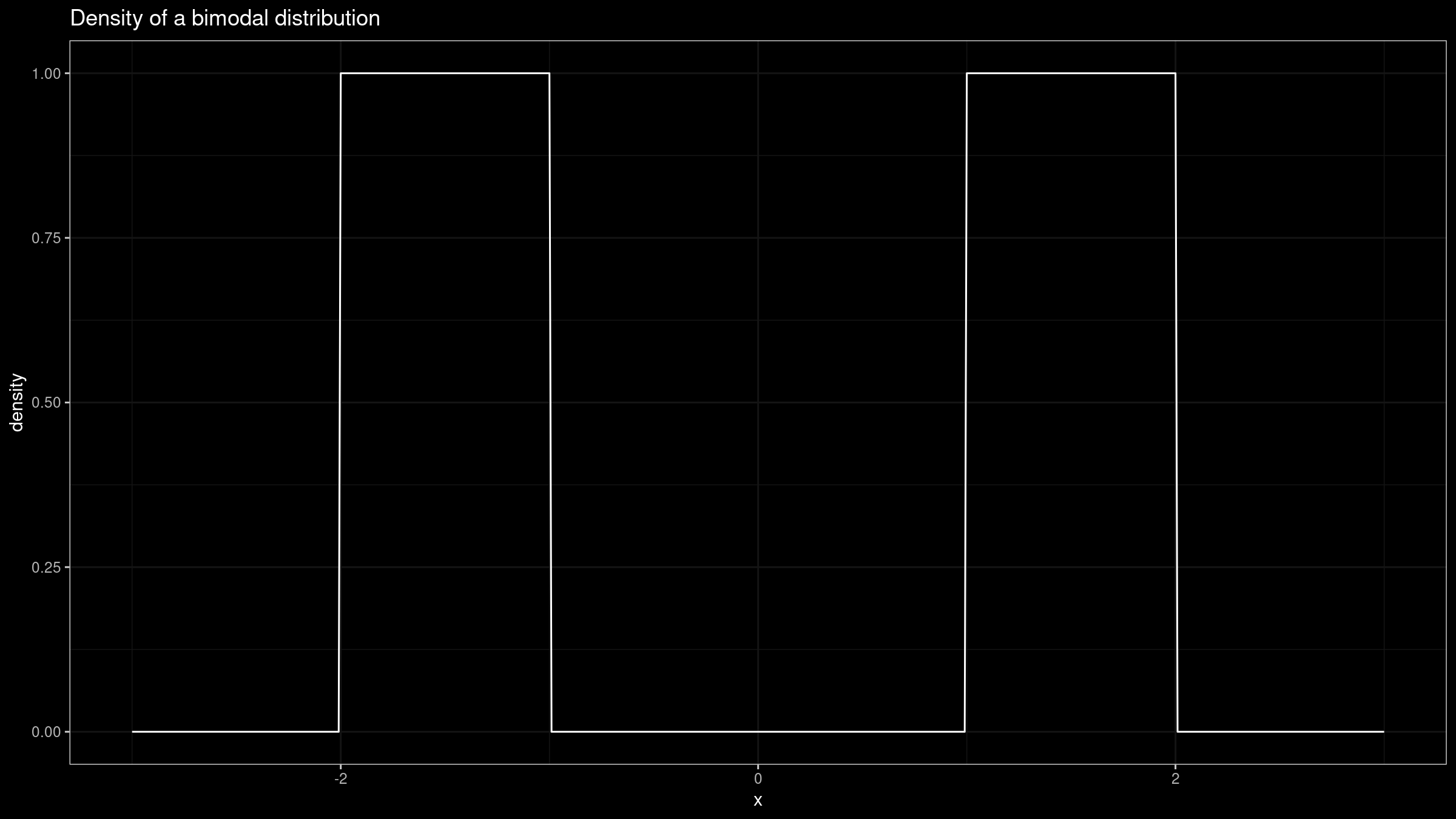 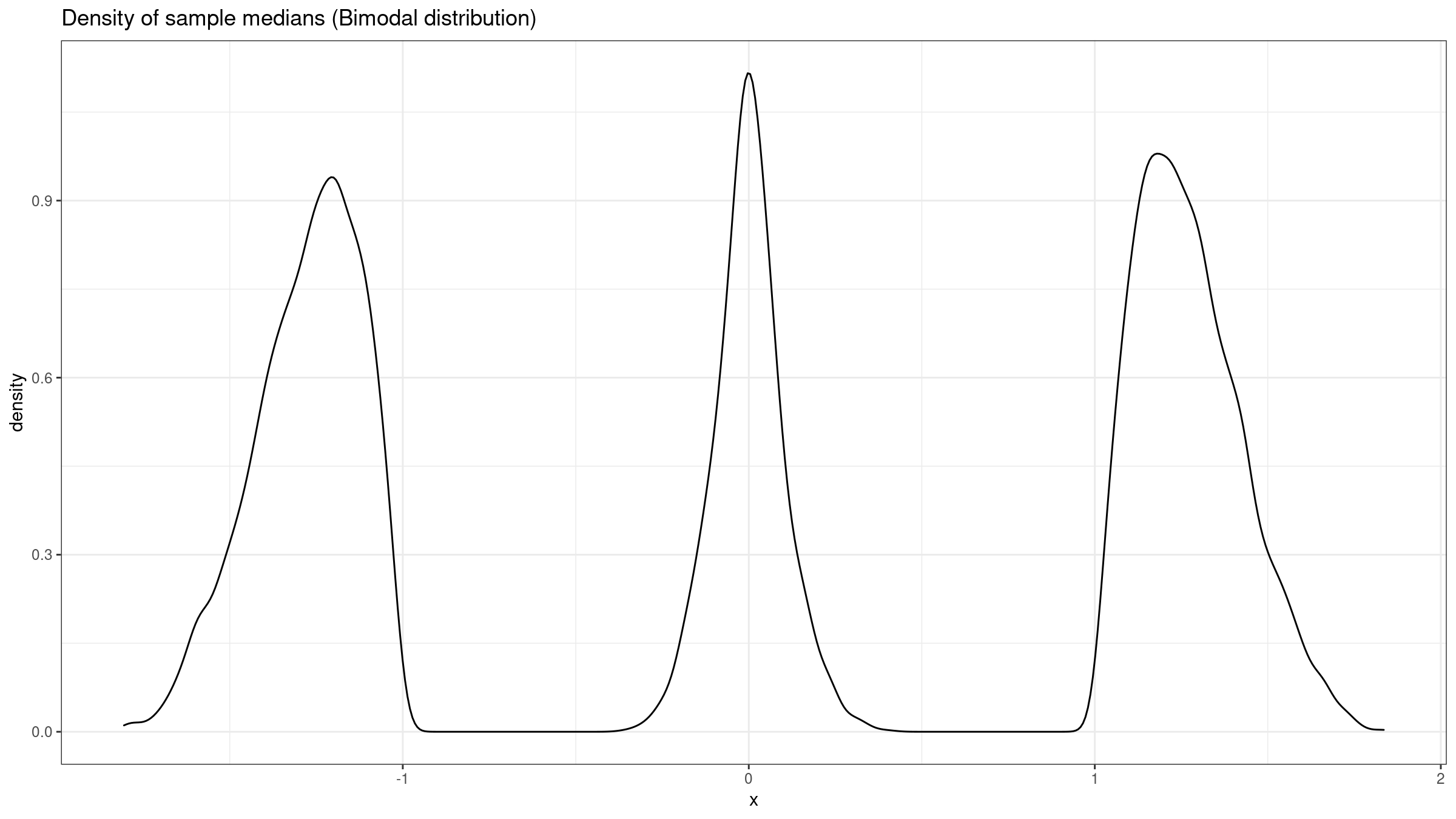 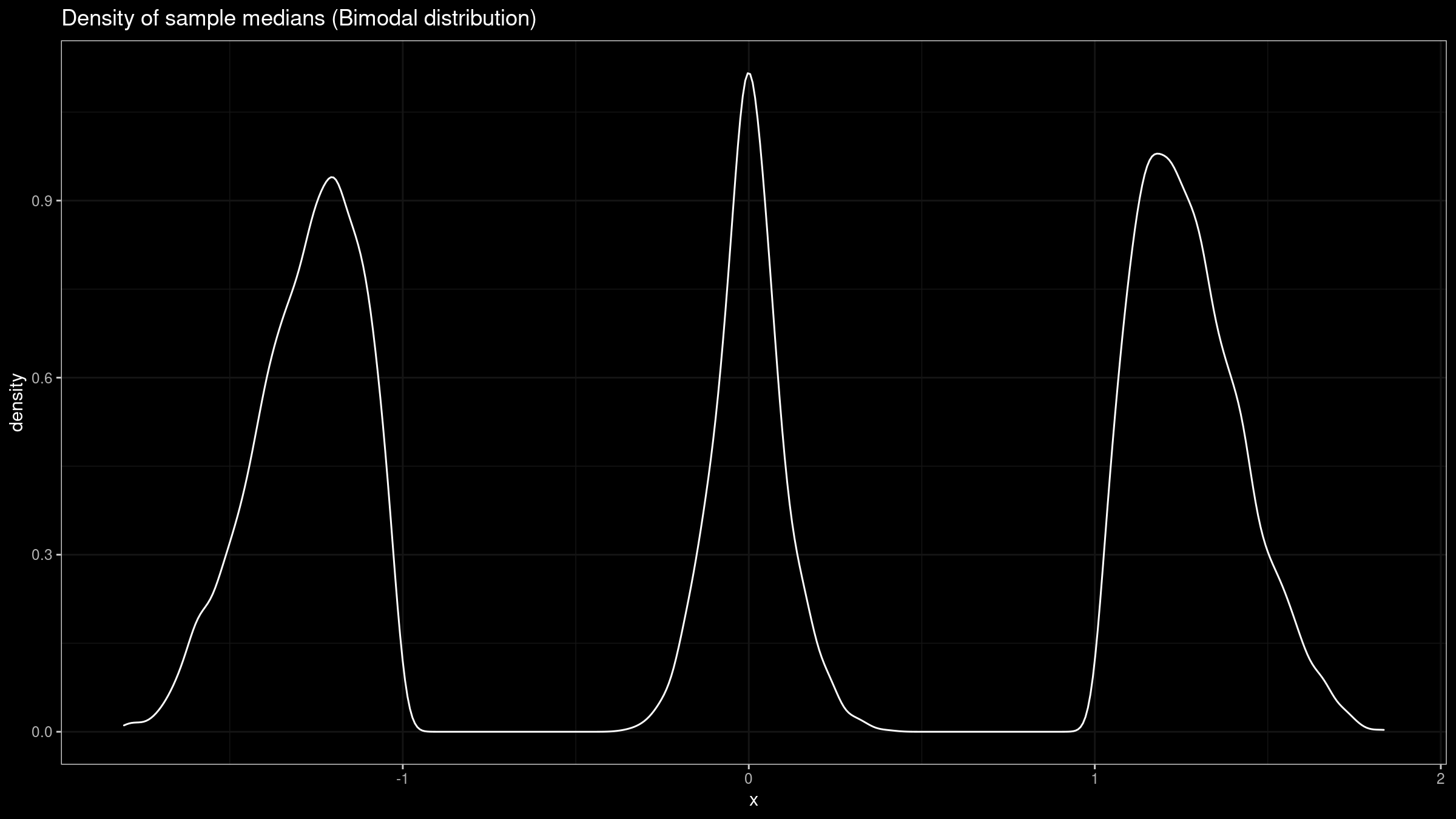 As we can see, it’s trimodal. Doesn’t look like a normal one, does it? Unfortunately, when \(f(M) = 0\), we can’t rely on the normal model anymore.

Another corner case is \(f(M) = \infty\). Let’s consider the rectified Gaussian distribution which could be obtained from the normal distribution by replacing all the negative values with zeros: 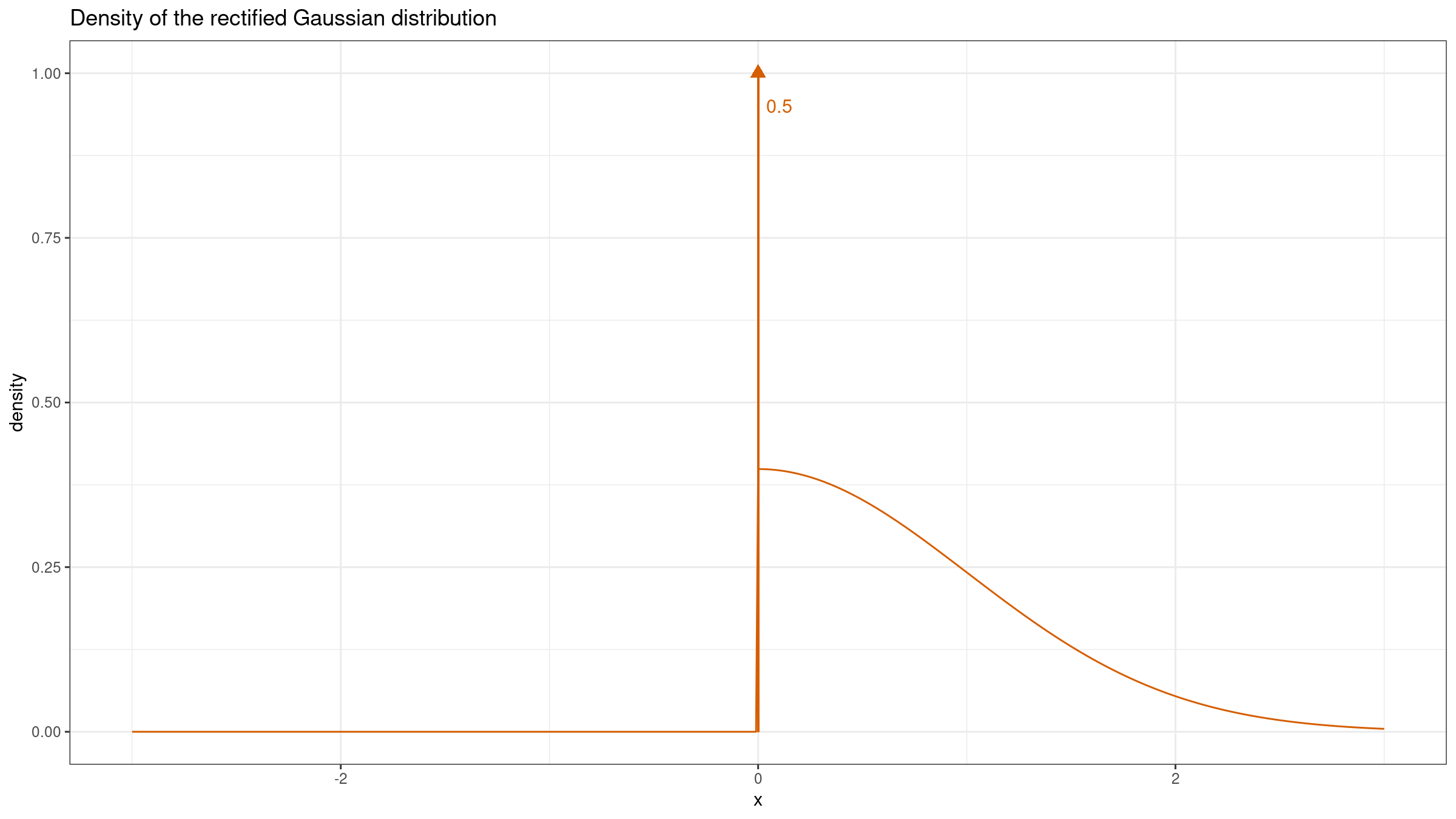 This distribution is a mixture of a discrete one (the Dirac delta function \(\delta(0)\)) and a continuous one (the “right part” of the normal distribution) with equal weights. Such cases often arise in real life when we have common “border” values across sampling data.

Here is the corresponding sampling distribution: 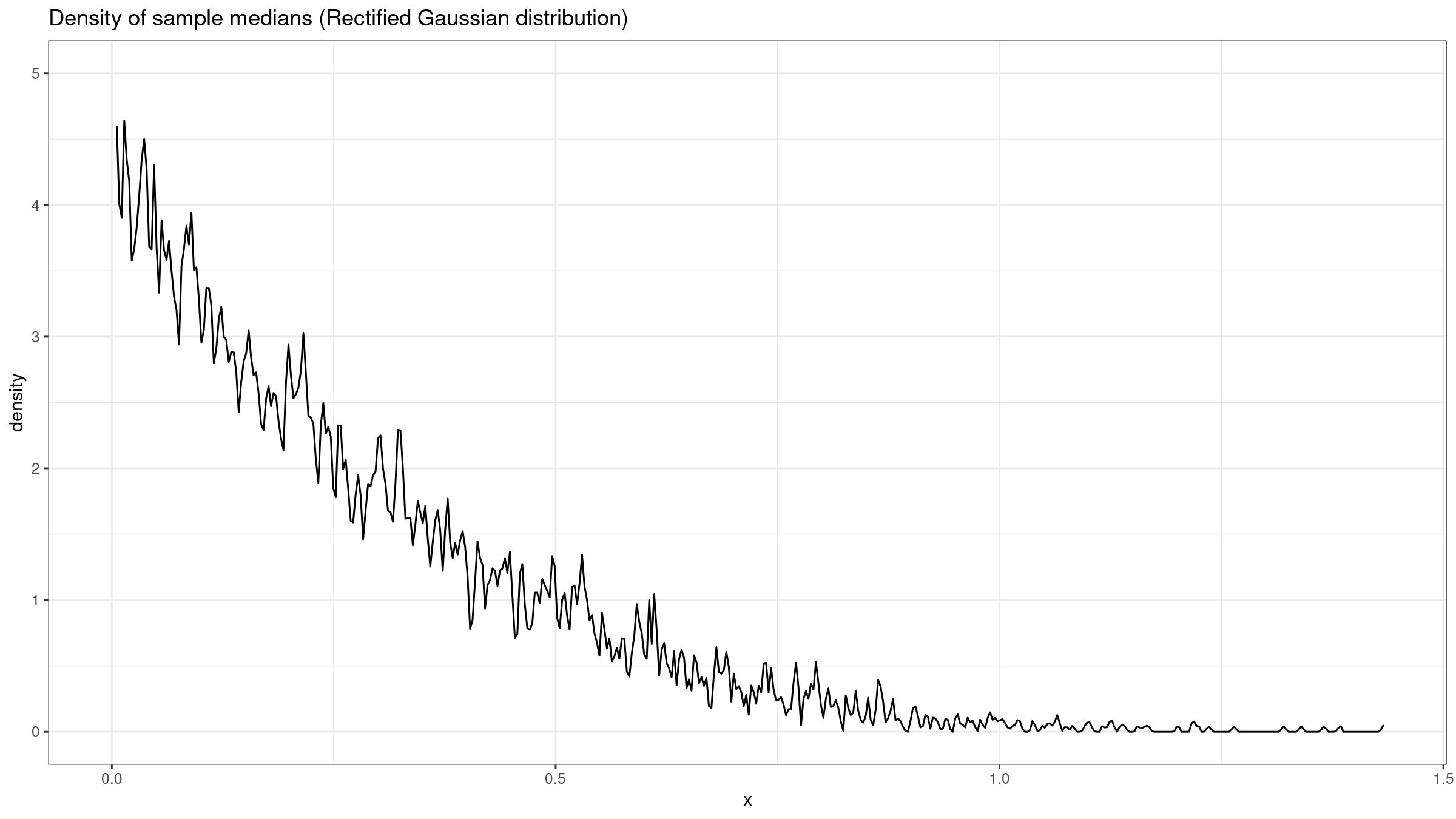 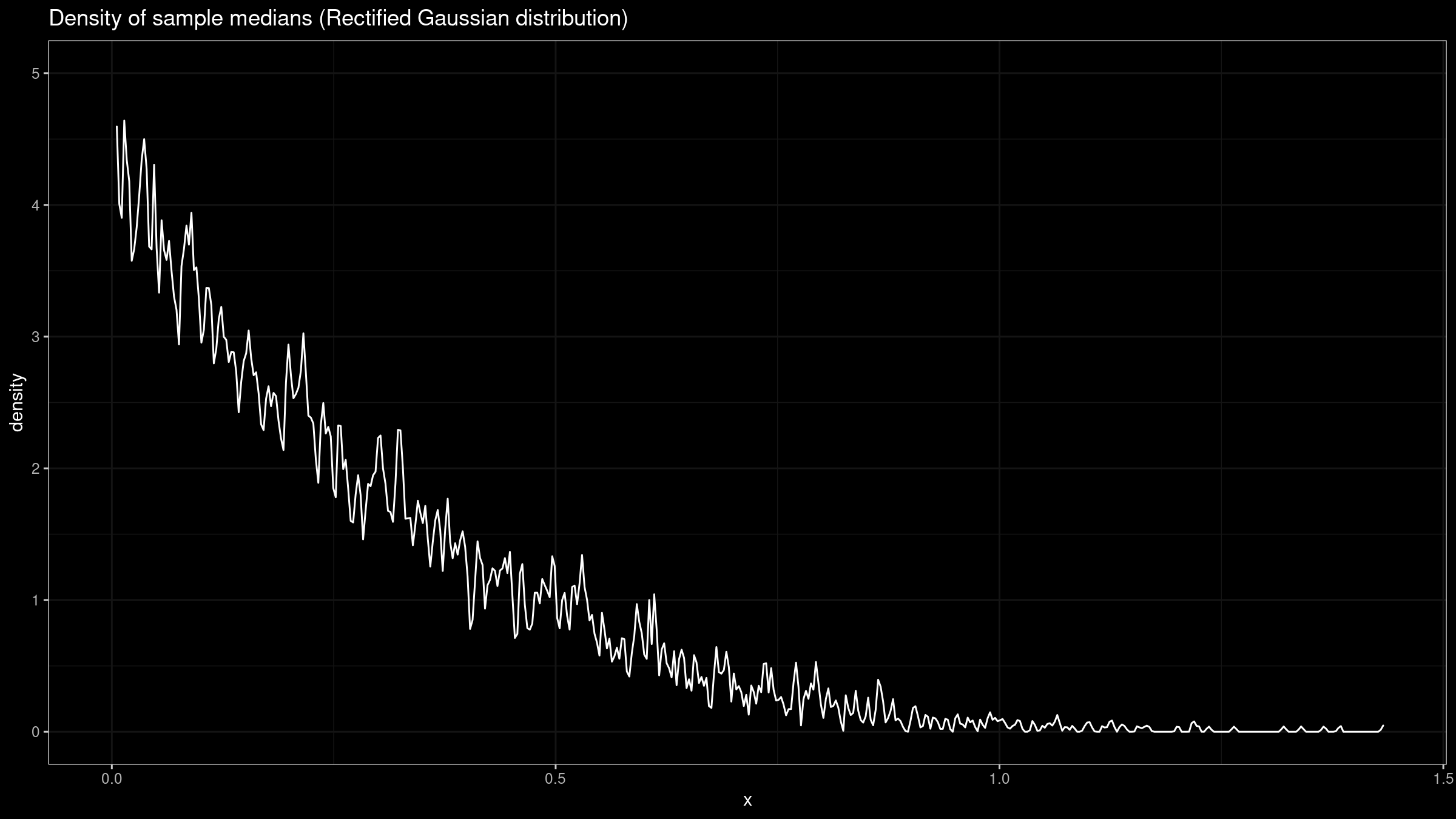 Asymptotical models could be useful in statistical analysis when we are sure that external conditions allow getting a picture that is close enough to the theoretical one. Without careful analysis of these conditions, we couldn’t apply the asymptotical model in the general case. As we can see, a mindless usage of the normal model for the median sampling distribution could bring a lot of trouble in corner cases.