Resistance to the low-density regions: the Harrell-Davis median

As was shown in the previous post, we define the function of resistance to the low-density regions as follows:

where \(T\) is an estimator, \(n\) is the sample size, \(s\) is the number of sample values that jump from the first mode to the second one.

Resistance of the Harrell-Davis median 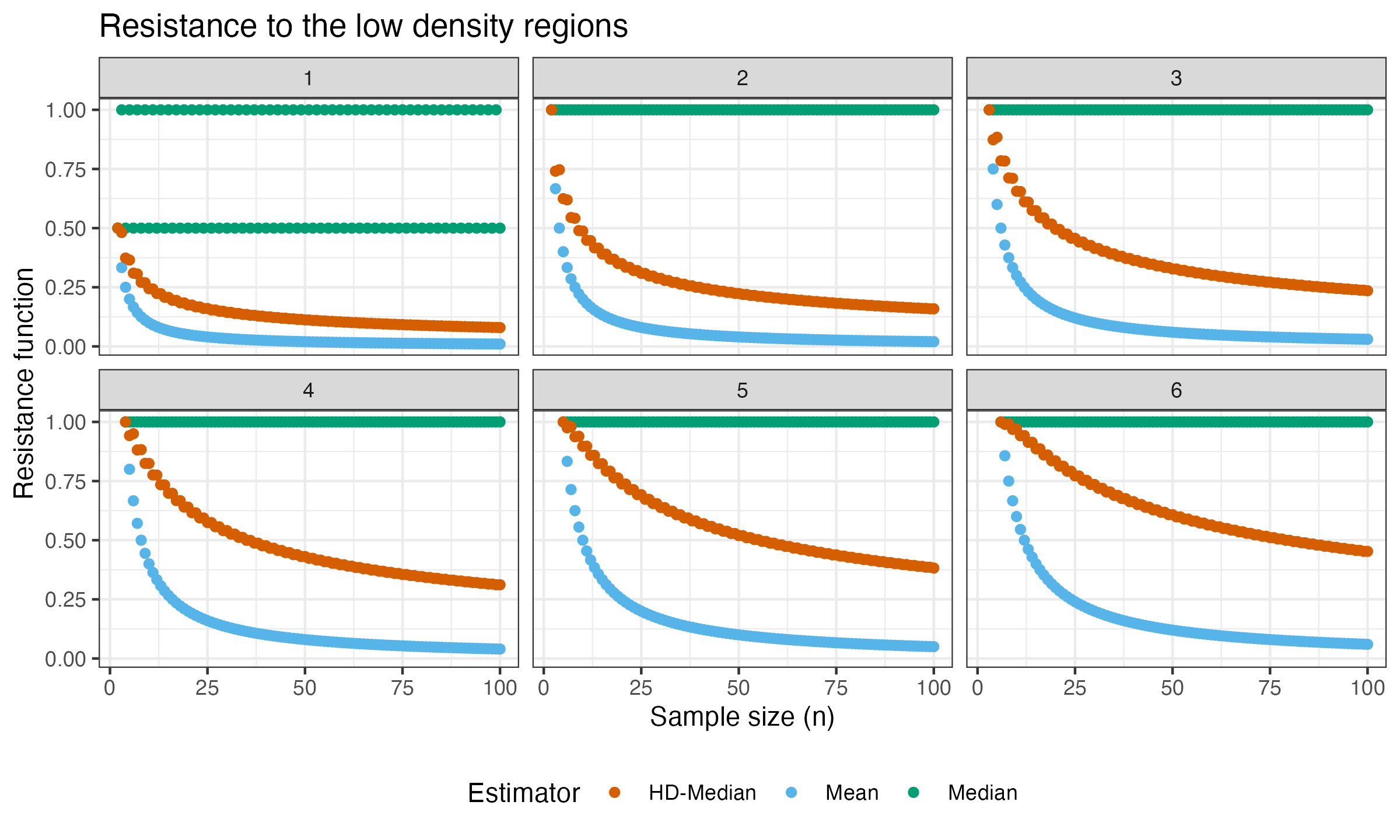 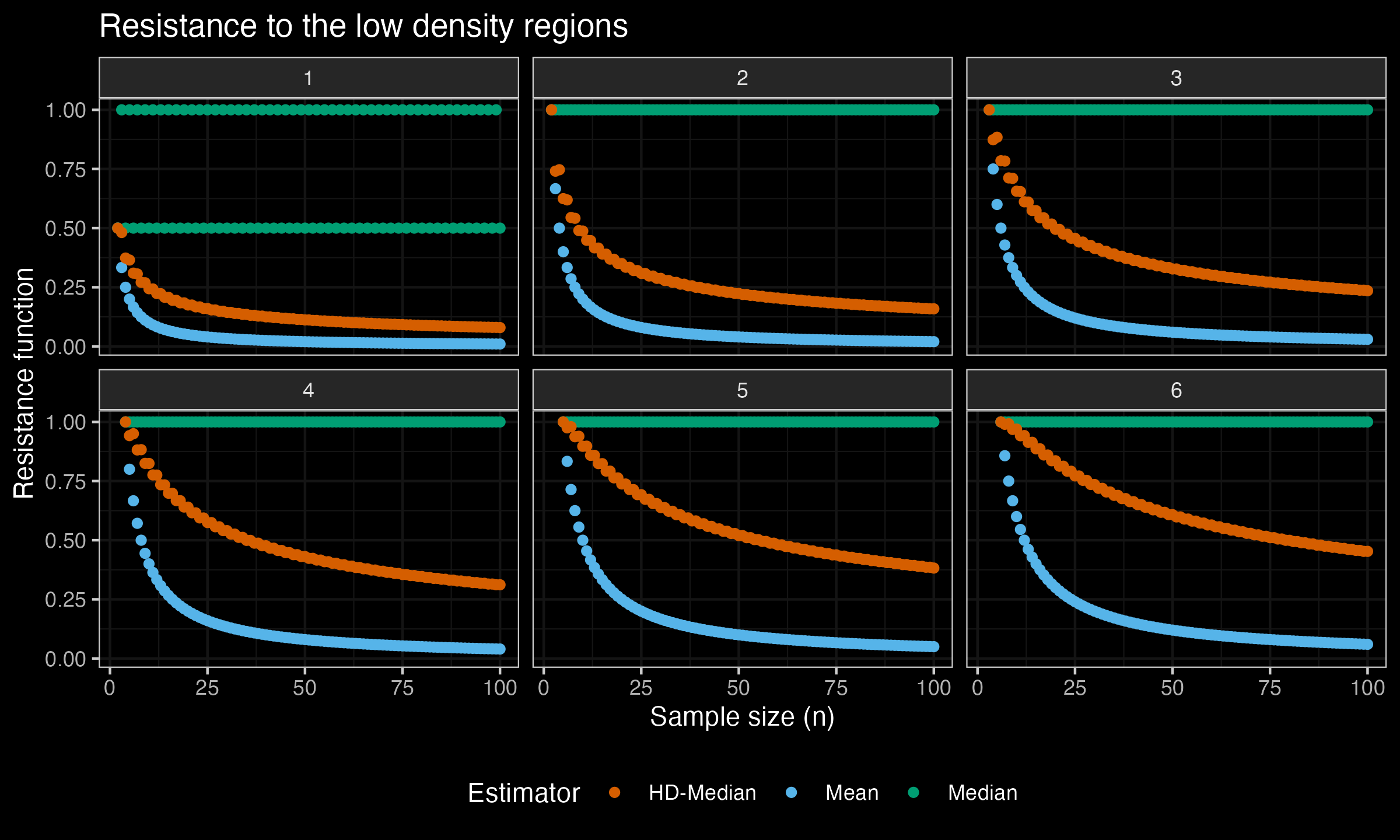 In future posts, we will explore the resistance function for other measures of central tendency.