Let’s say we have two distributions \(X\) and \(Y\), and we want to express the “absolute difference” between them. This abstract term could be expressed in various ways. My favorite approach is to build the Doksum’s shift function. In order to do this, for each quantile \(p\), we should calculate \(Q_Y(p)-Q_X(p)\) where \(Q\) is the quantile function. However, some people prefer using the shift distribution \(Y-X\). While both approaches may provide similar results for narrow non-overlapping distributions, they are not equivalent in the general case. In this post, we briefly consider examples of both approaches. 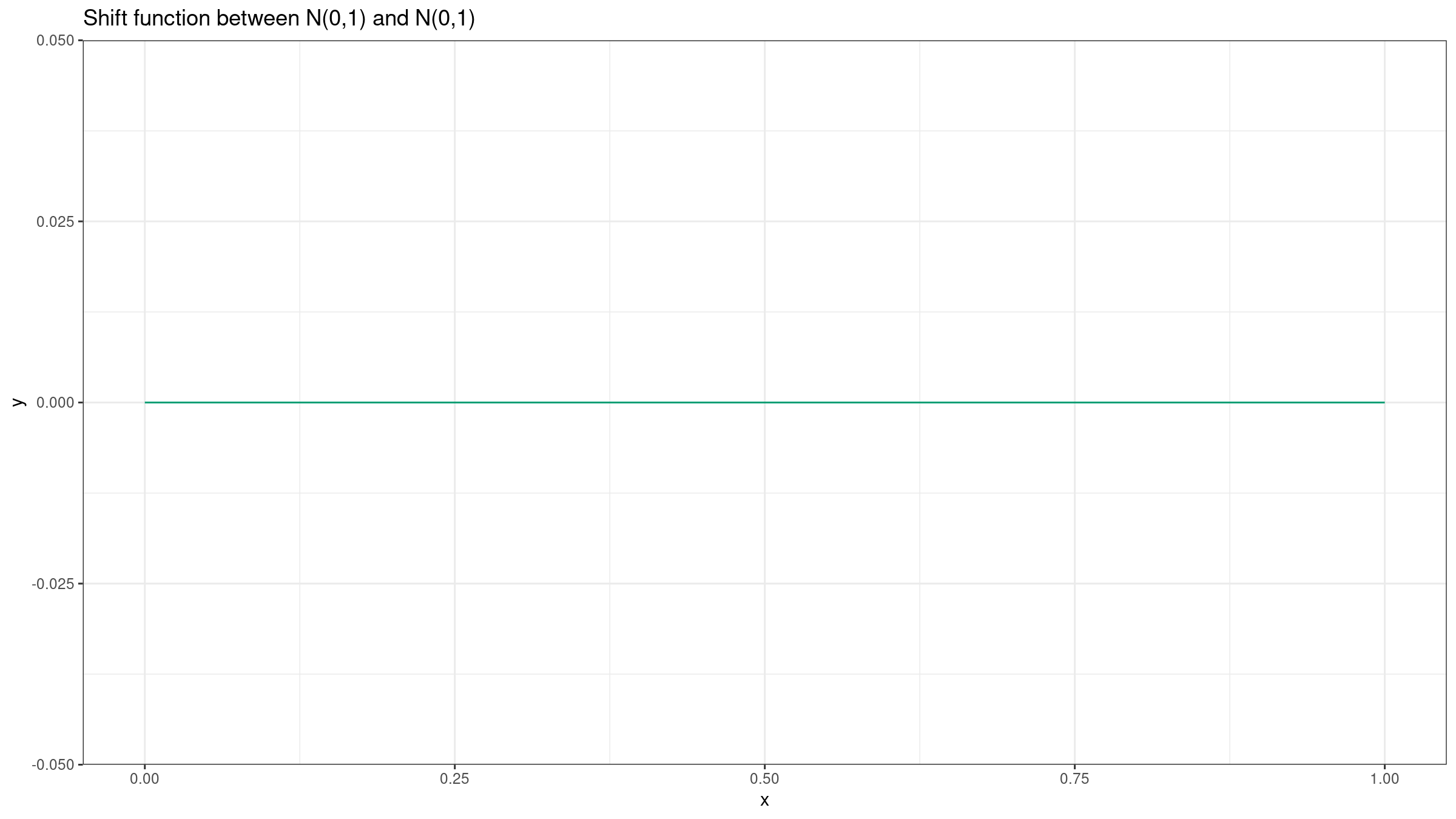 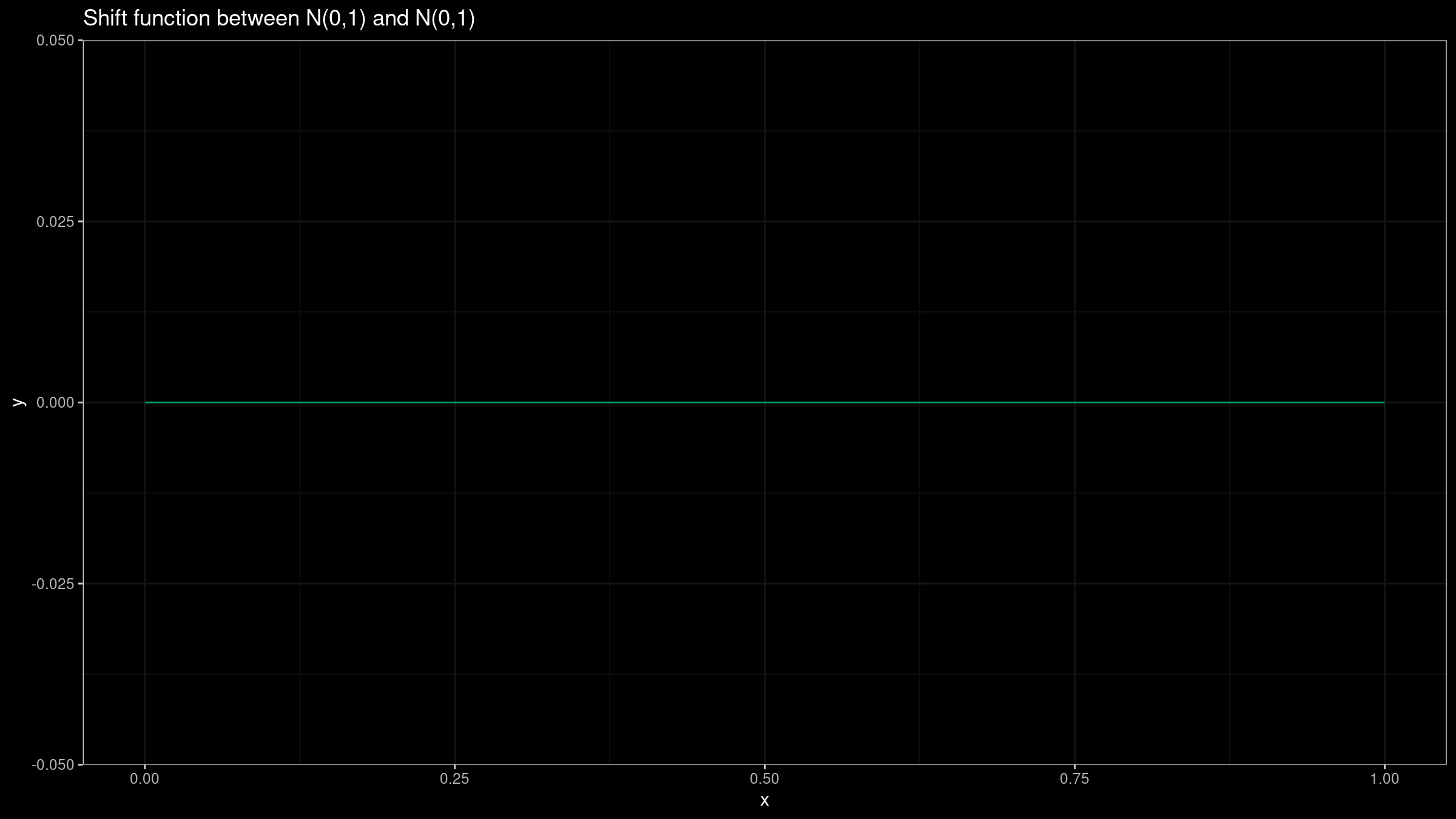 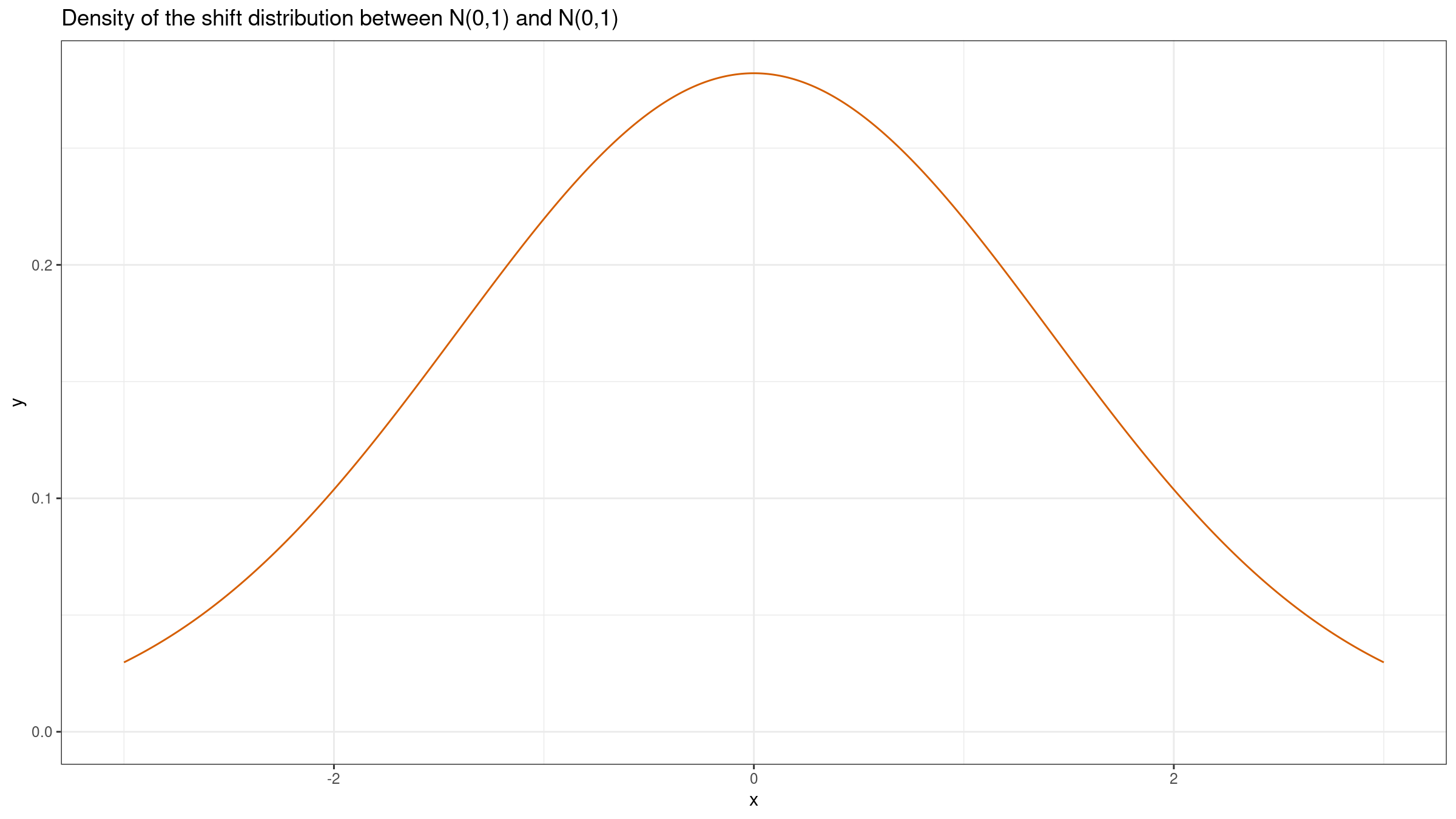 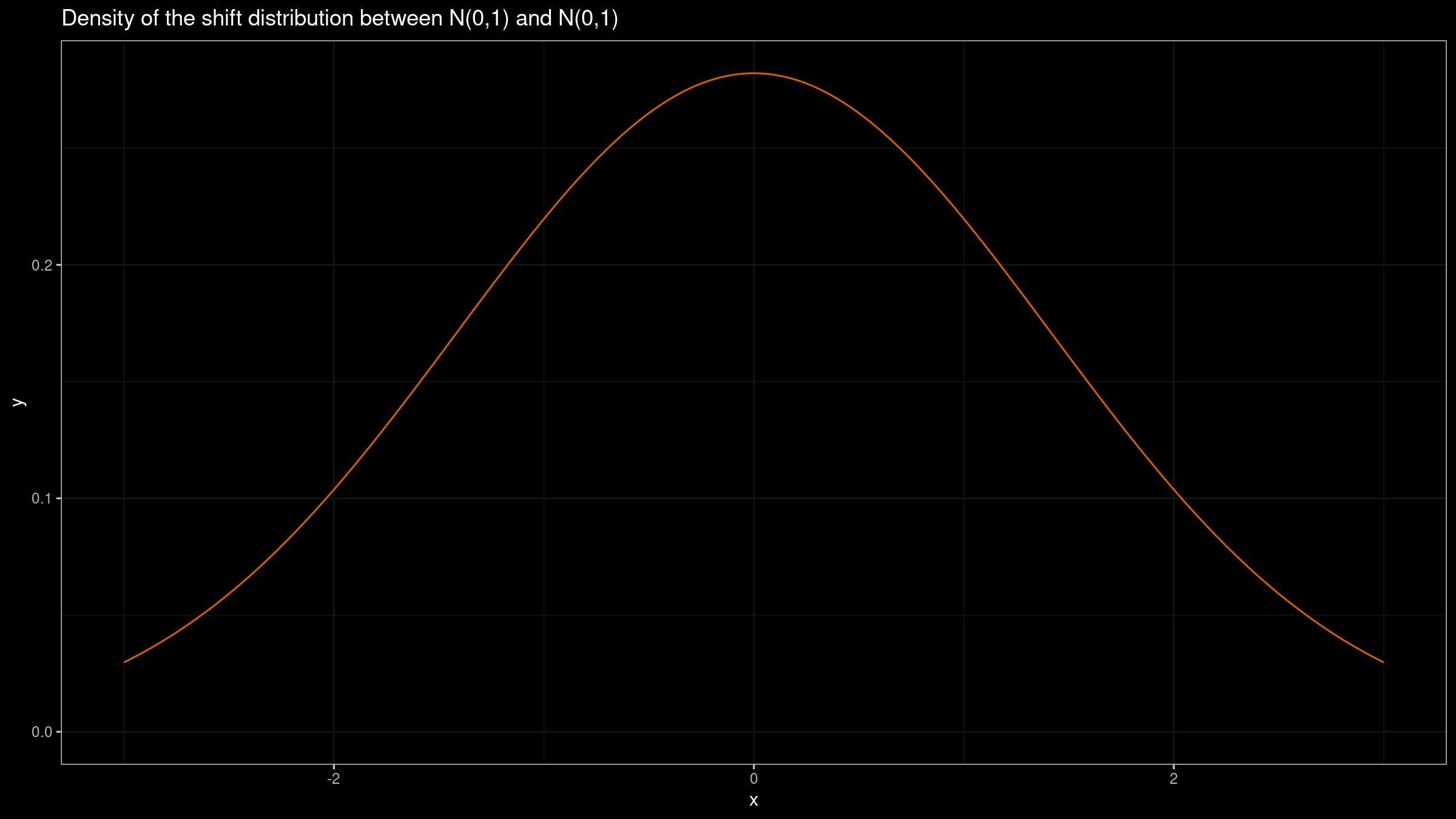 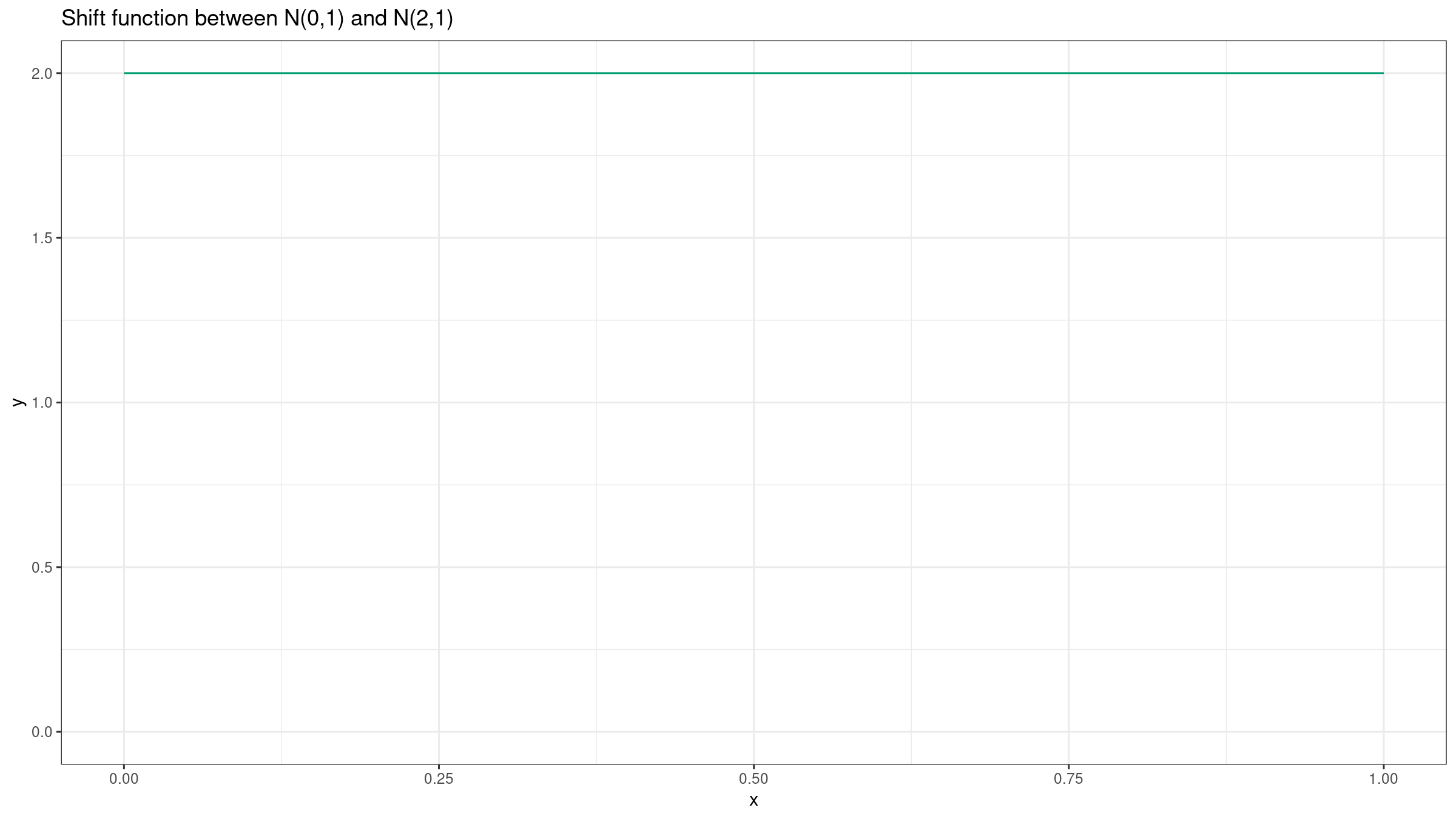 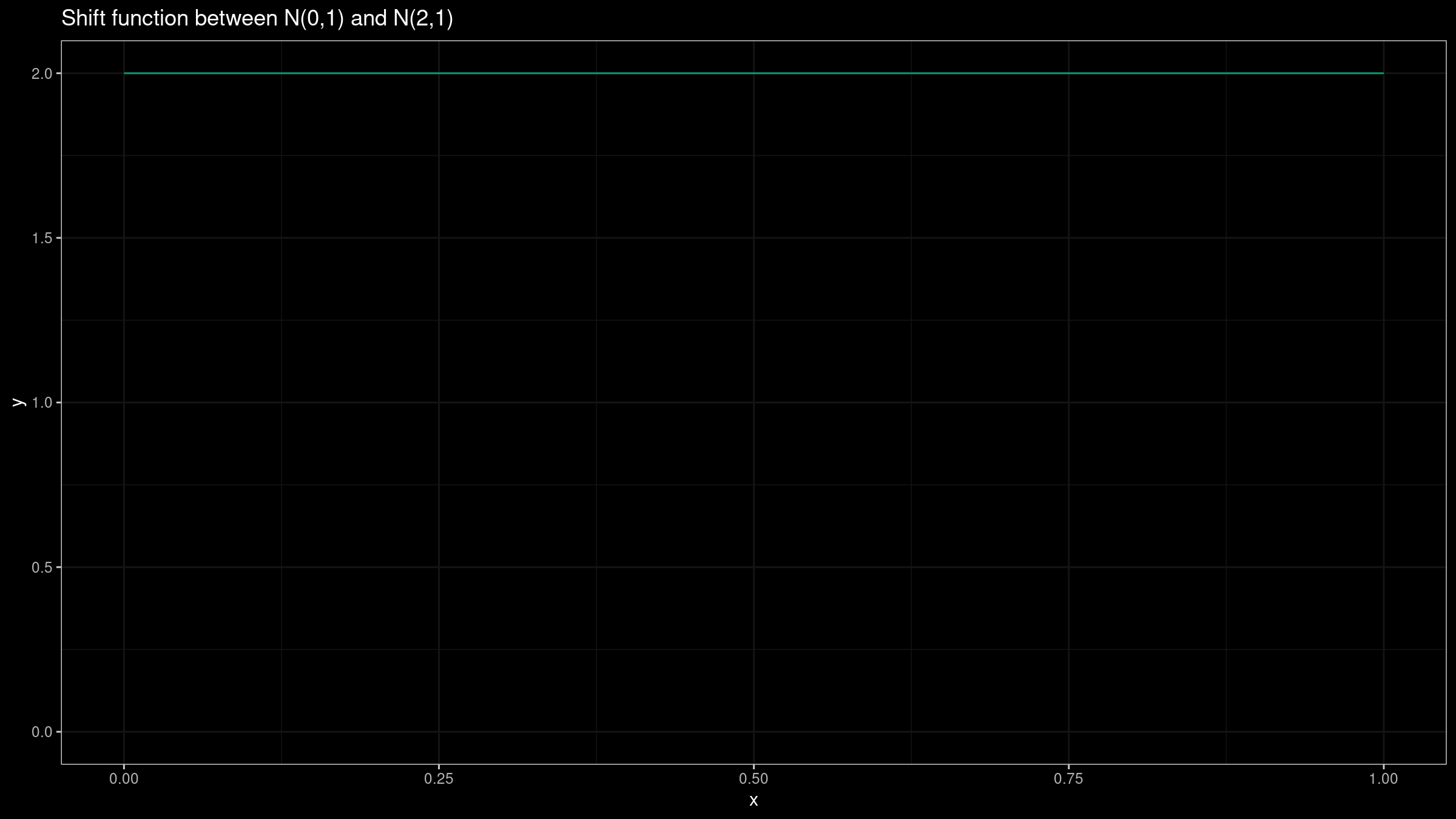 Such a plot provides a clear insight about the actual difference between \(X\) and \(Y\). 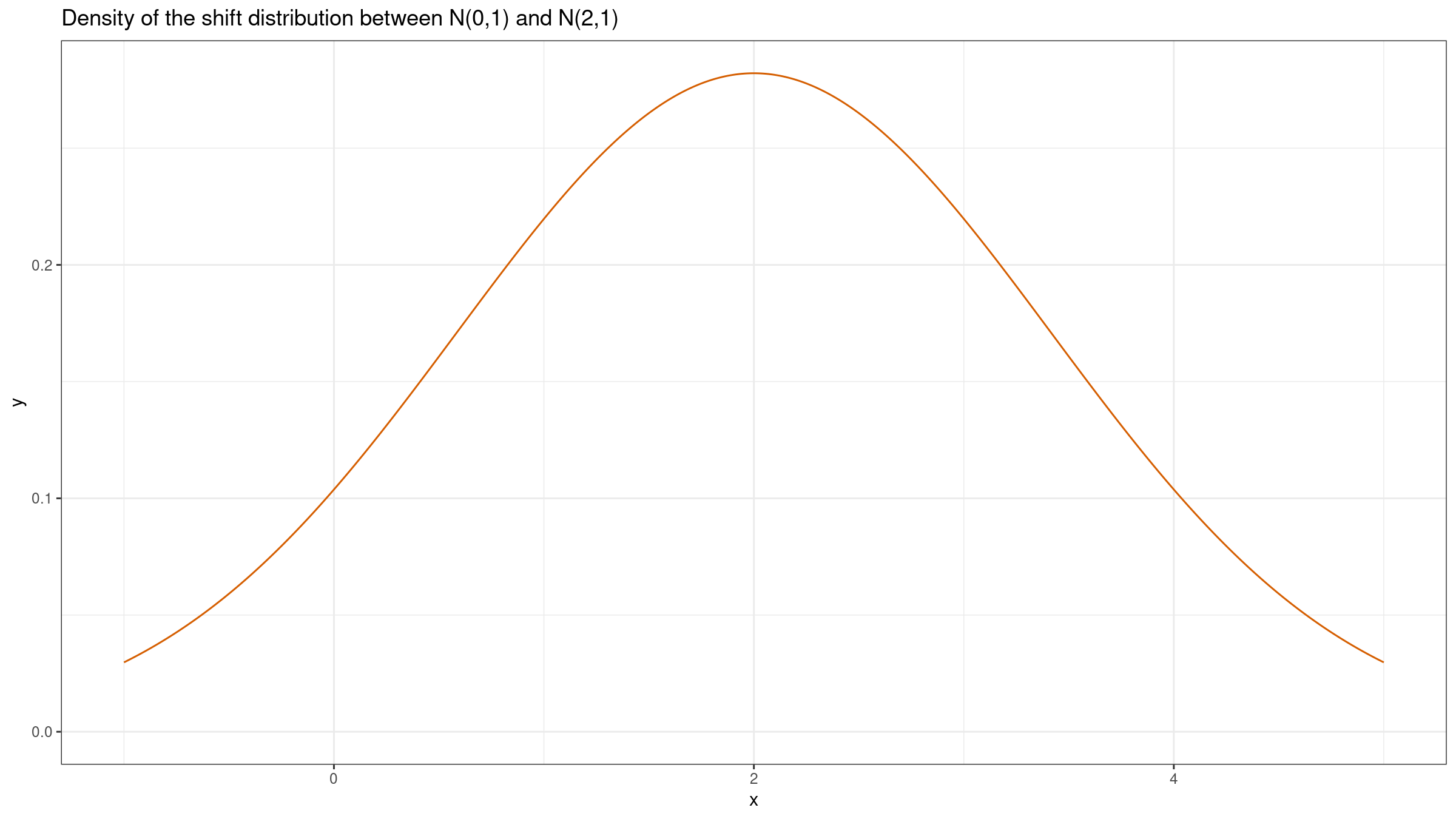 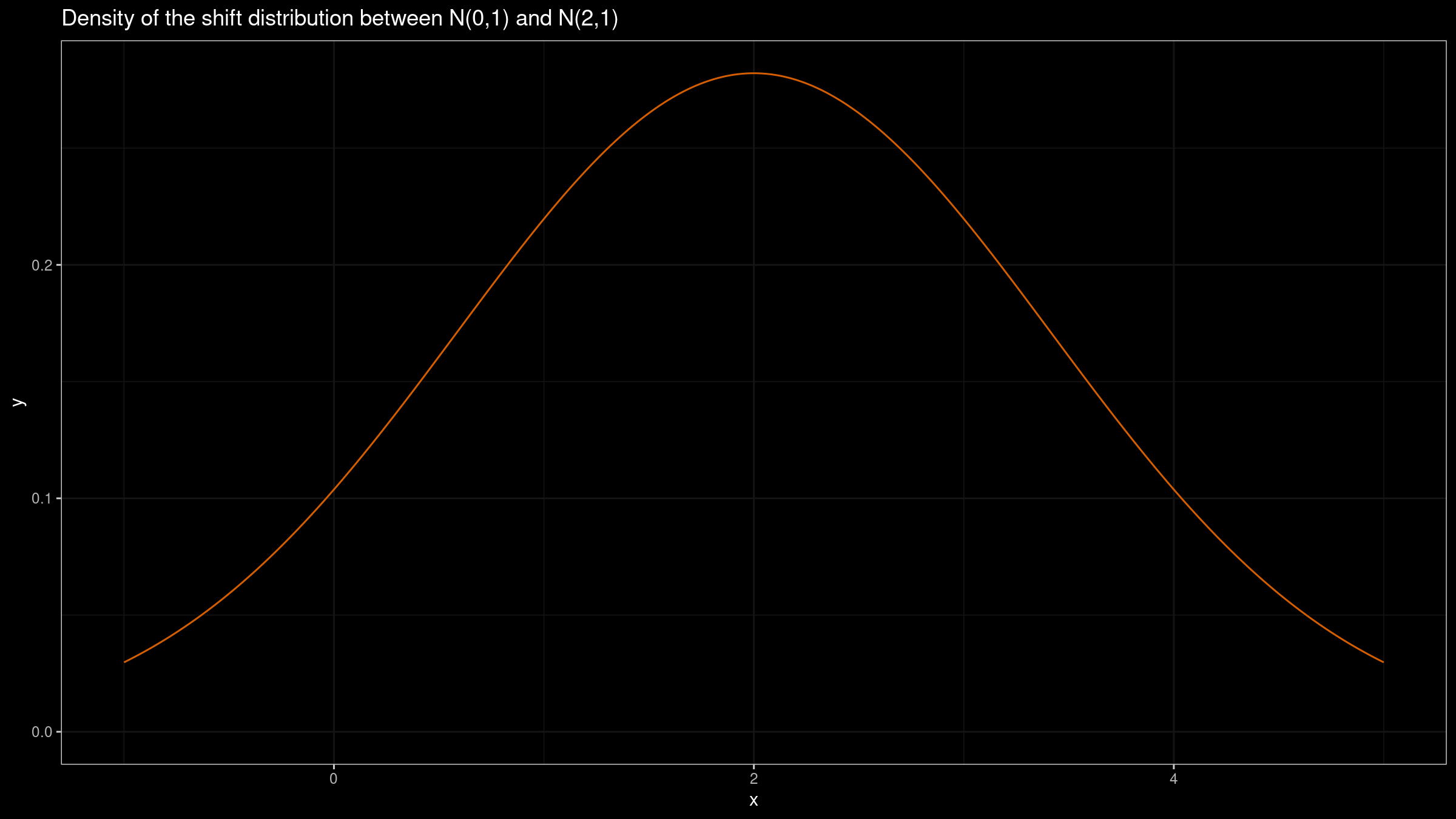 Although this plot could provide some valuable insights (e.g., it’s quite possible to get a negative value of \(Y_1-X_1\)), it doesn’t actually describe the actual difference between distributions. 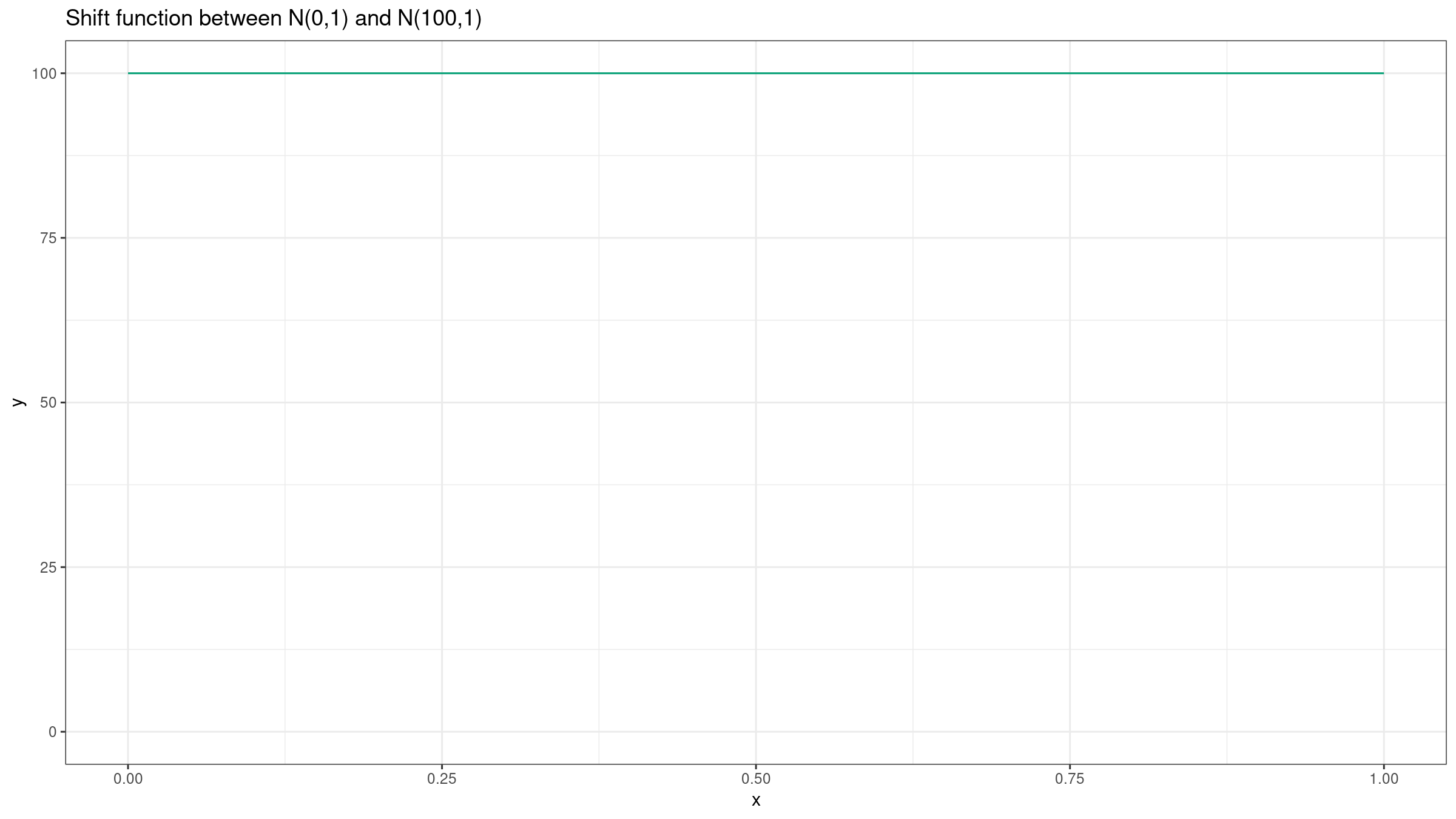 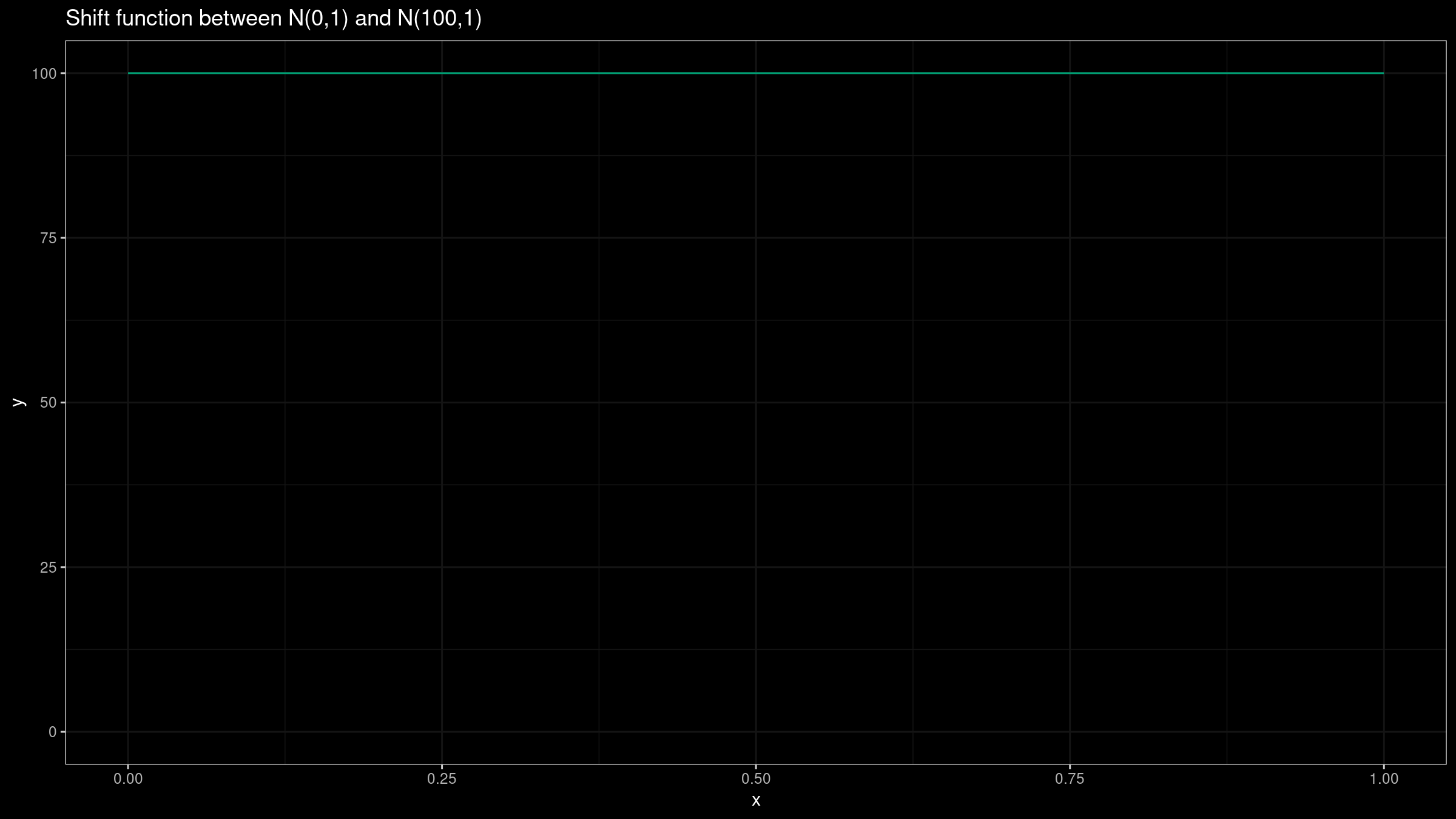 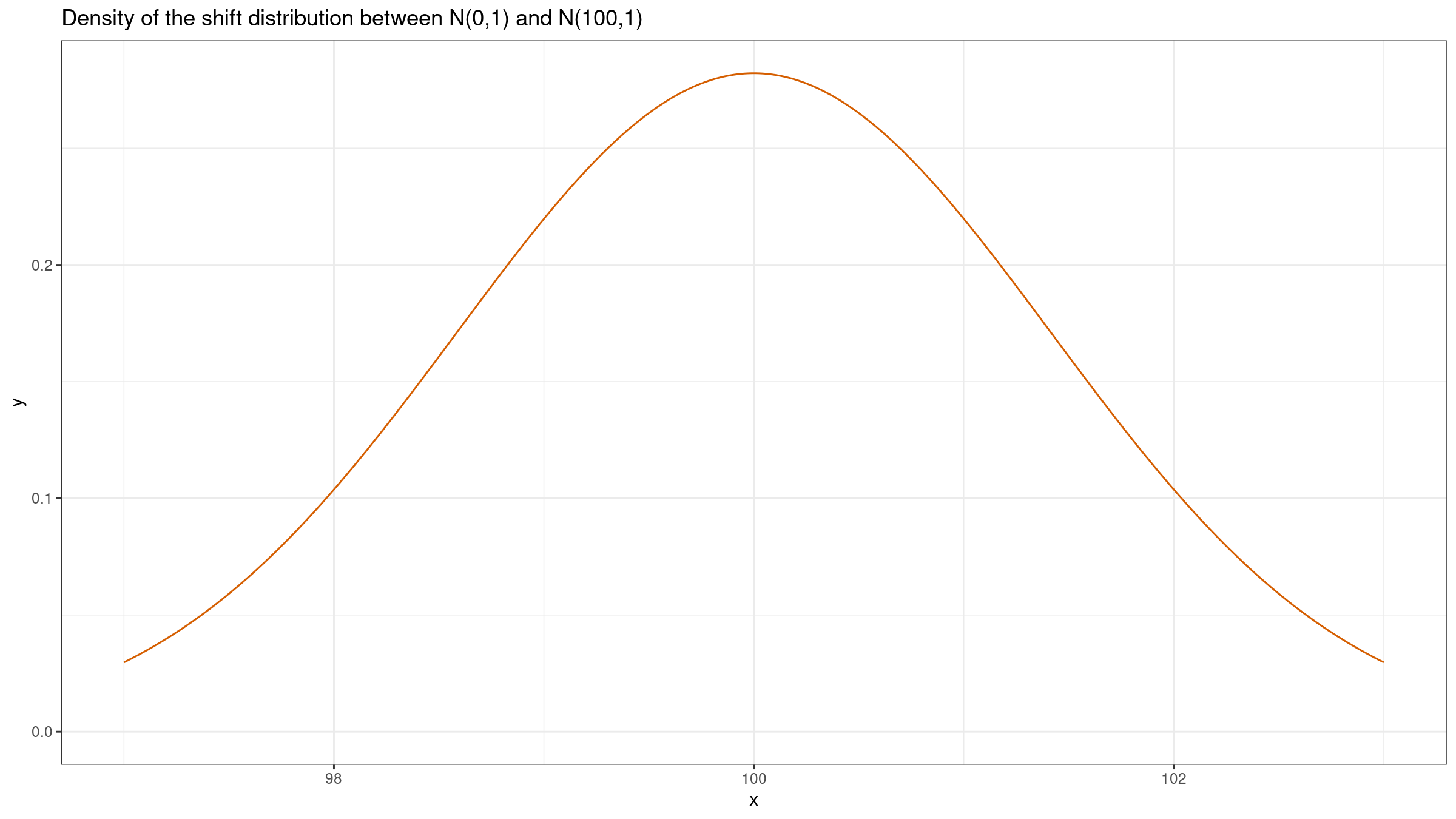 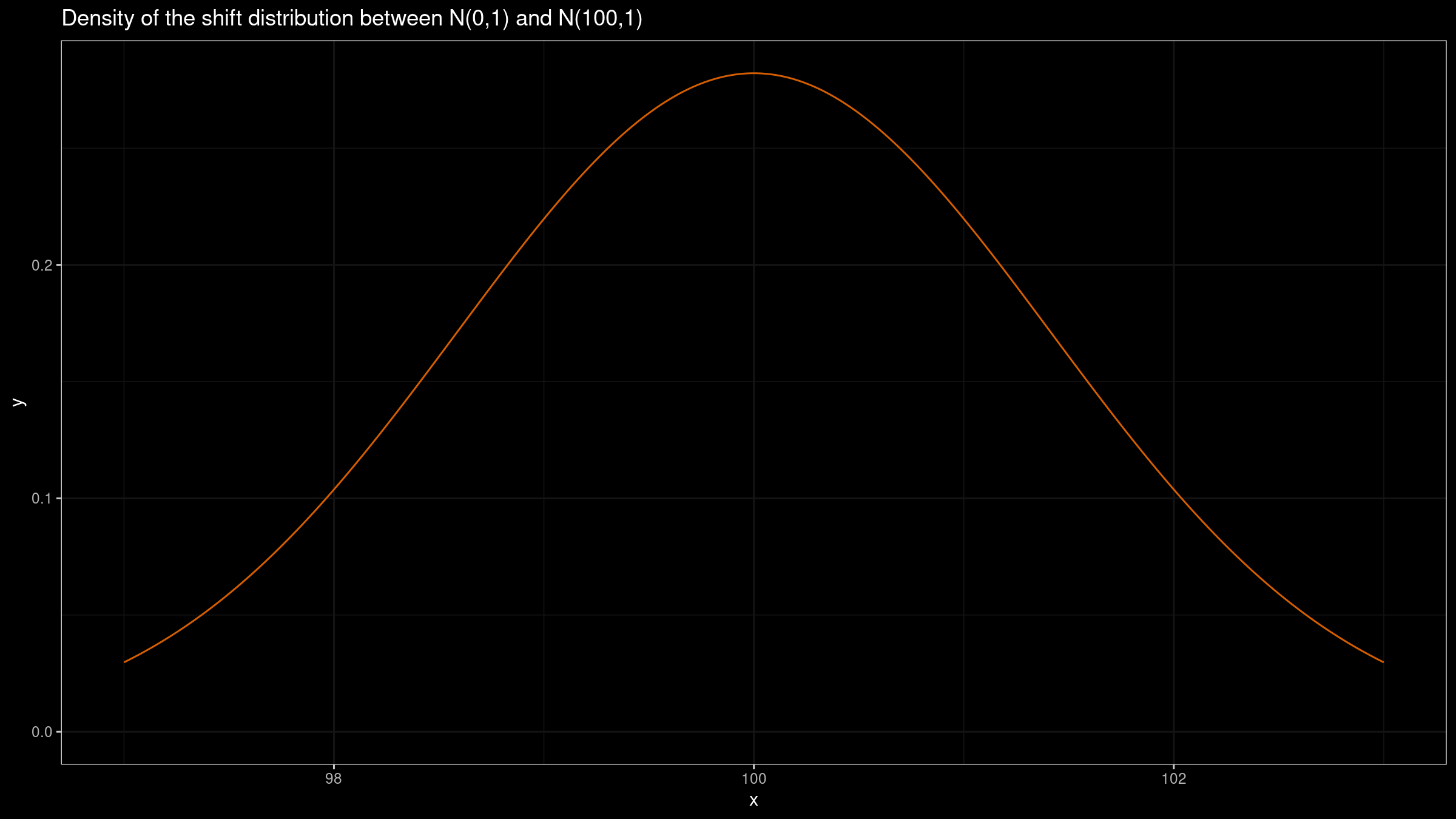 In this case, we could get the same insight from both plots: the difference between \(X\) and \(Y\) is about \(100\). If we build such plots based on small samples, they could provide similar ranges because of the noise. However, we should keep in mind that this trick doesn’t work in the general case. 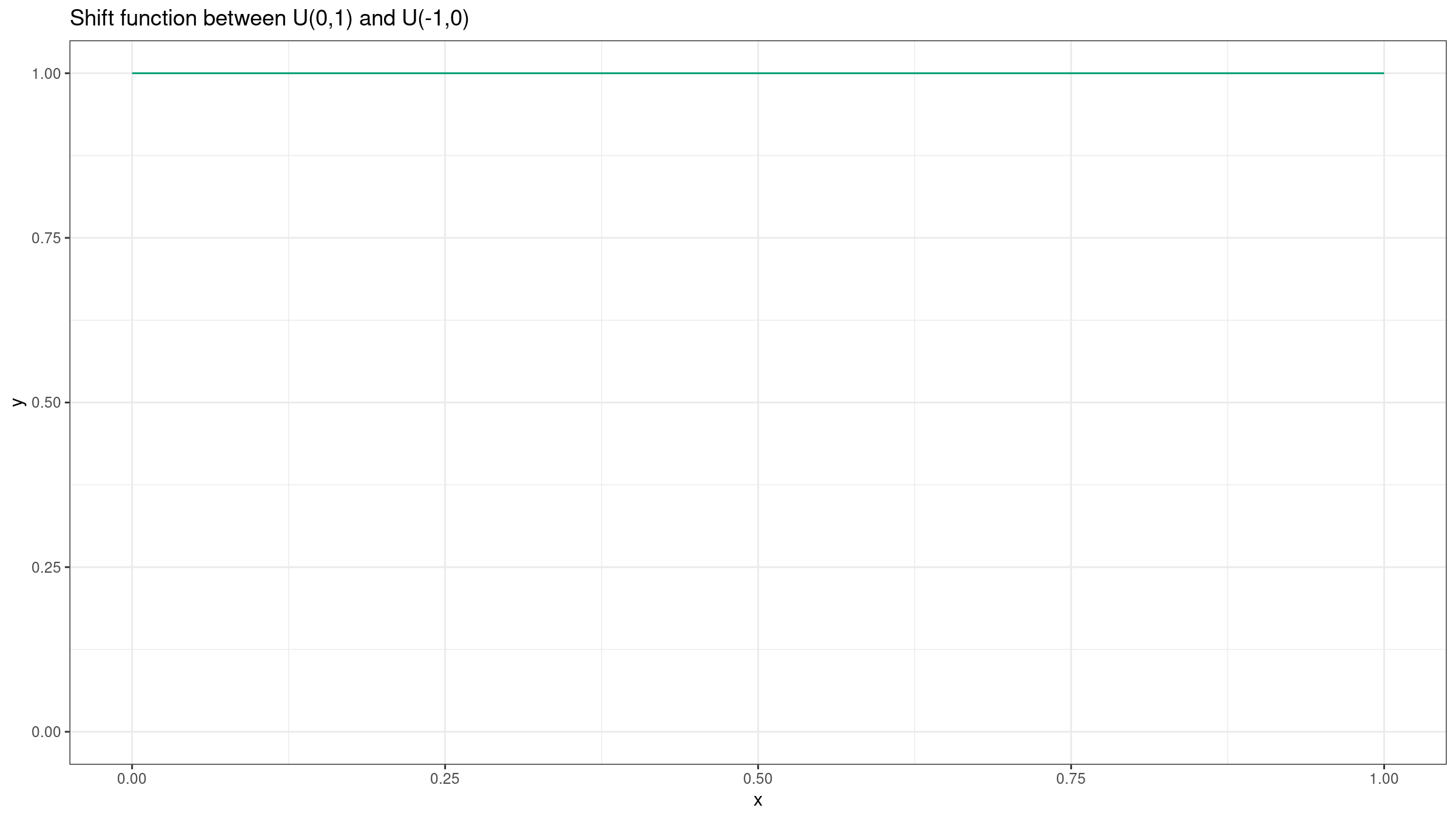 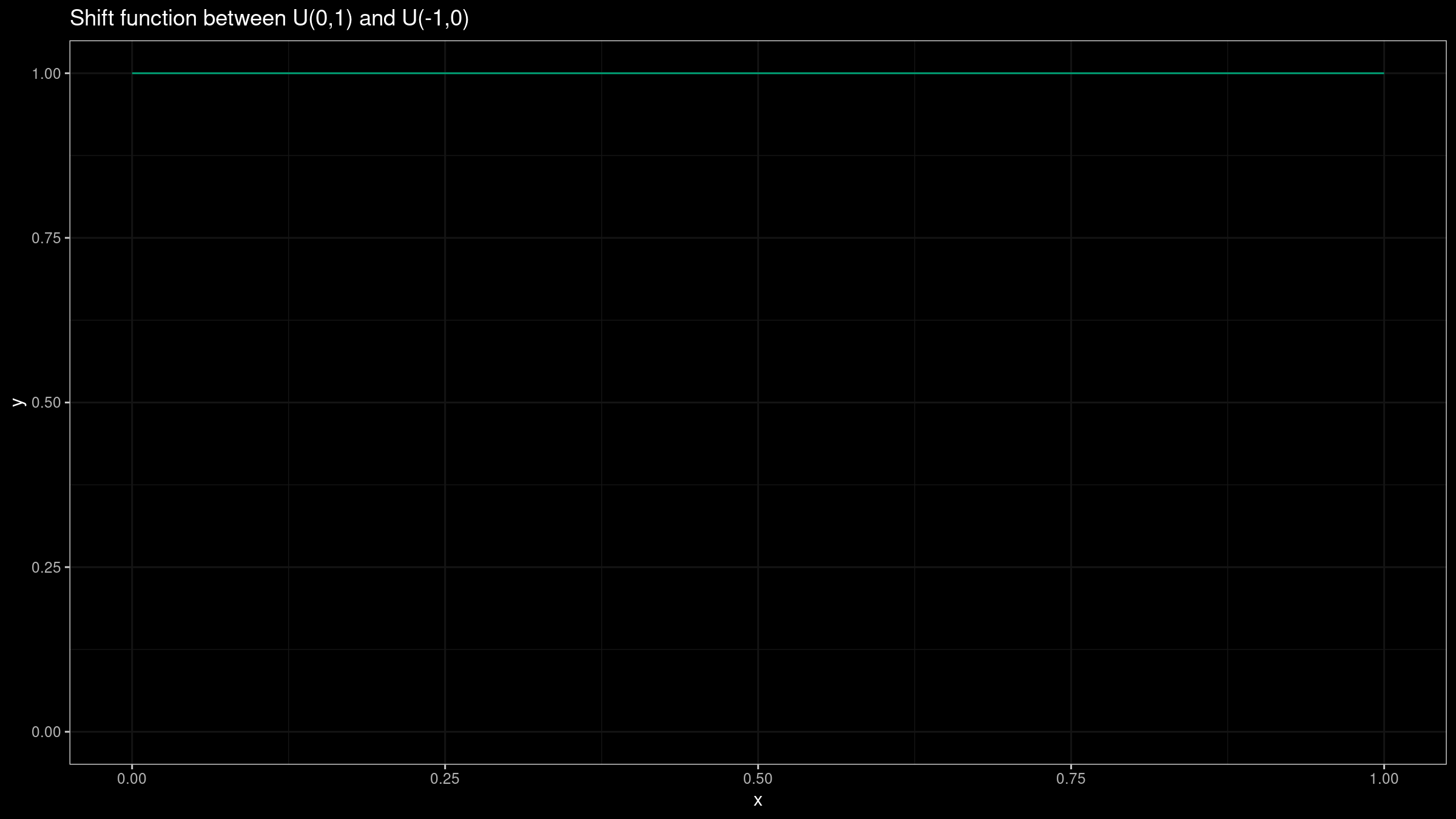 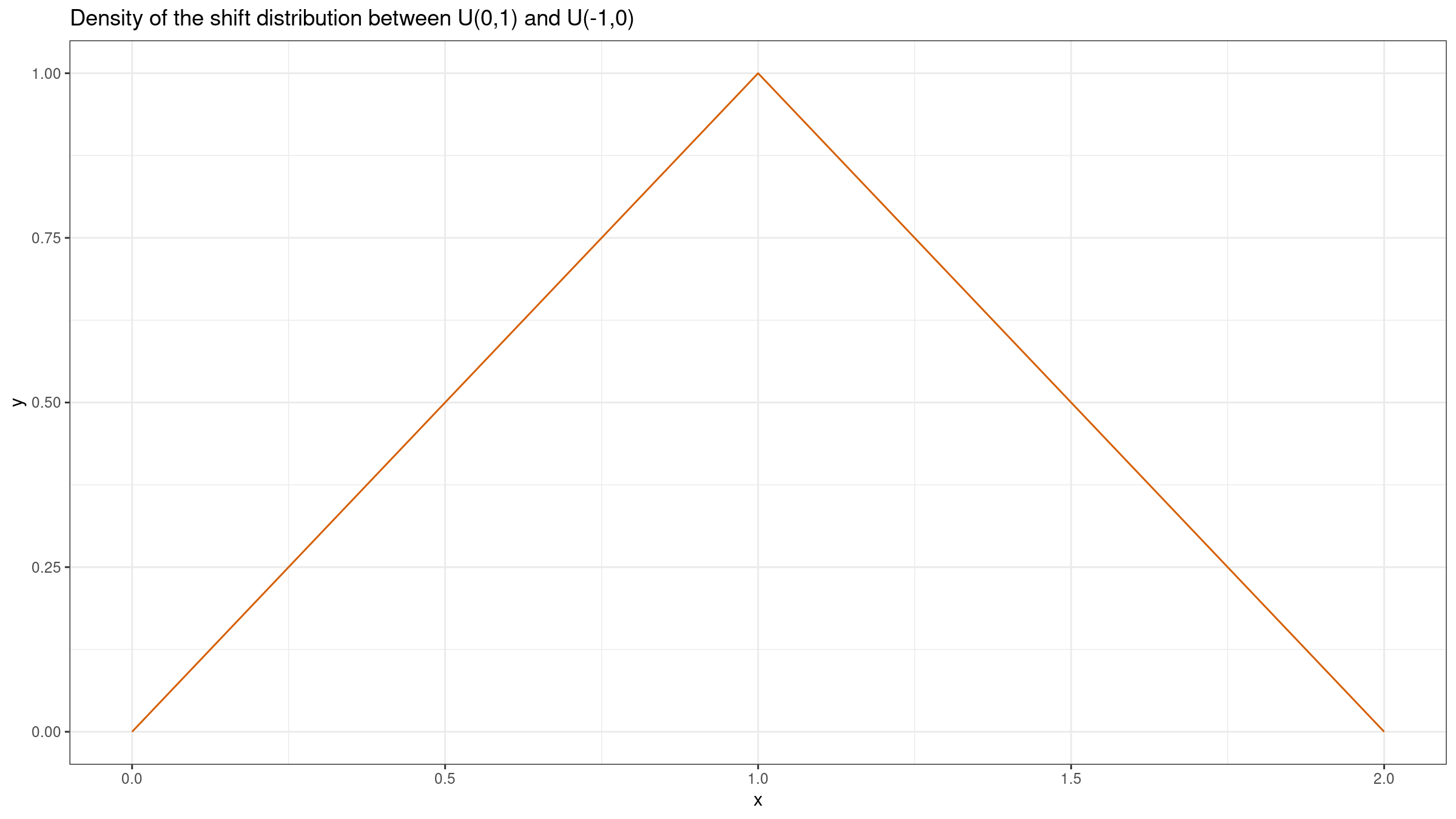 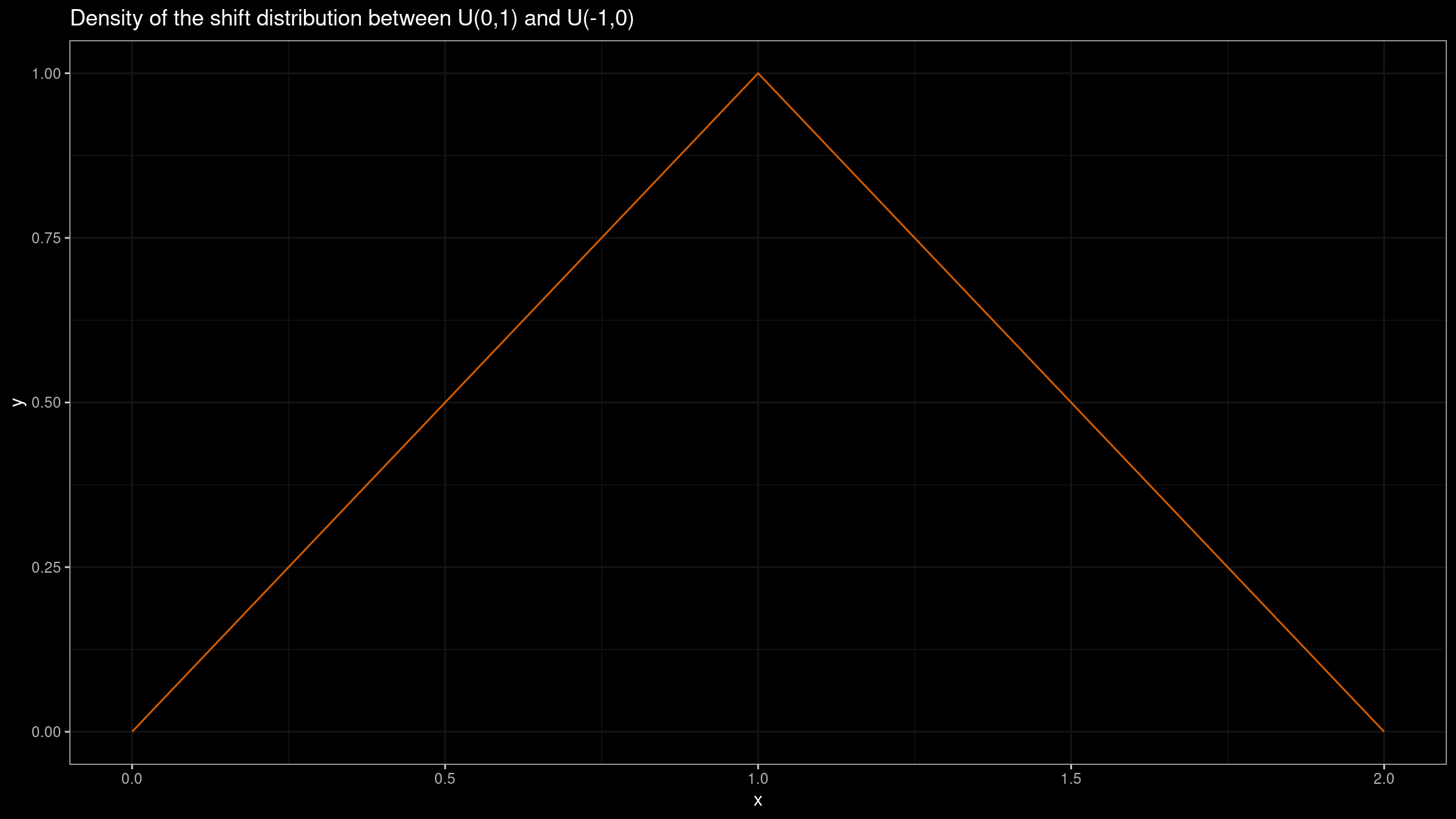